Almost all Windows Phone-packed handsets have got their portion of 8107 OS update, which fixes the notorious disappearing keyboard bug. I say almost all because US carriers don’t hurry to roll out this update to their consumers even though the latest reports showed both AT&T and Verizon would also launch it. As of present, Big Red has announced the abovementioned update with all the necessary fixes is available for the HTC Trophy and can be downloaded right now. 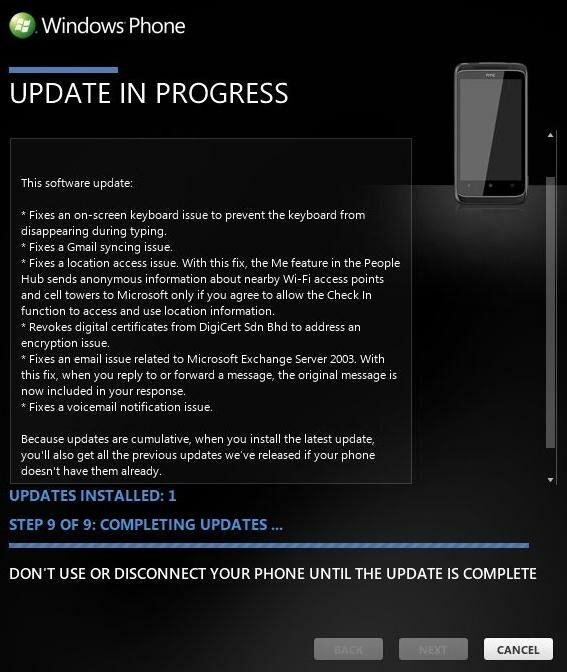 Besides the keyboard bug, the WP 8107 update includes other enhancements introduced in Windows Phone build 7740 and HTC-specific code. This update is a little bit late but we must note Verizon is an Android-oriented carrier and it doesn’t care much about Windows Phone smartphones. However, only one major US carrier is left to roll out the 8107 update to its consumers. Once it’s done, Microsoft can calmly start thinking about the upcoming changes.

The update will presumably be pushed out region-by-region. If you haven’t got yours yet, check its availability once again.