The HTC Thunderbolt has gone through major changes on its way of getting the leading spot among LTE gadgets. This HTC device is rather fast, works with Verizon’s LTE networks and has upgraded features. The only shortcoming of the gadget is the poor battery, but this problem is solvable due to the presence of the third party batteries and updates. There’s also an option of switching in between 4G and 3G networks. 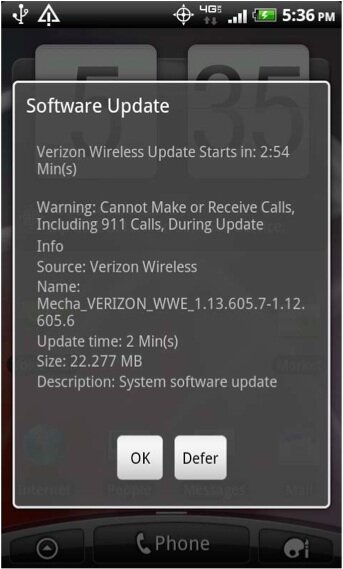 As to make the gadget even more appealing, Verizon and HTC are planning to release a software update coming on May 3. The update is not a requirement but  ”Verizon Wireless and HTC encourage you to download this update.”  The built of the update is 1.13.605.7 while  the baseband is 1.16.00.0402w_1. The update will be coming in the OTA form, while the manual updates will also be available. Verizon provides step-by-step instructions for the update on their support page for the HTC Thunderbolt.

The list of the updates and fixes for the HTC Thunderbolt includes the following:

HTC Thunderbolt is available via Verizon