It’s March already; the anticipated month during which manufacturers will offer their portions of Android 4.0 ICS updates for their handsets. Samsung was one of the first ones to offer the update for its Galaxy S II. As for HTC, we have the update landing on the Australian HTC Velocity.

The HTC Velocity is also known as the HTC Raider 4G in Canada and the HTC Vivid in the US. The update is planned to come to the North American versions of the model as well. Obviously, the update in Australia is a hint it will soon arrive in those countries too. 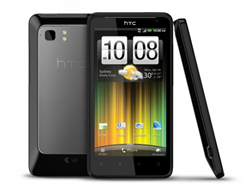 The HTC Velocity update doesn’t come with HTC Sense 4.0 UI. Instead, it uses the earlier version of 3.6. So Sense 3.6 will be offered not to only the Sensation lineup phones.

Telstra customers are among the first lucky ones  to receive the update. If you want to get acquainted with the HTC Velocity running Android 4.0 ICS, this video is just for you!

HTC Velocity Launched by Telstra to Get ICS Soon