T-Mobile to Launch HTC One S on April 22, Sunday

HTC has been quite busy lately announcing release dates for some of its most anticipated phones like the HTC Evo One, the HTC Titan II and so on. Now one of the new HTC models, the super-thin HTC One S joins the list of coming-soon releases.

There has been a leaked screenshot of an HTC One S coming from a web site for the phone. The screenshot reveals a countdown with the launch date of the handset set on April 22. Oddly though, April 22 is a Sunday — not a very exciting day for a mobile release. Although there have been a few times with HTC planning its releases on Sundays, the choice still arises some doubts because releasing HTC phones on Mondays and Wednesdays has become a tradition. 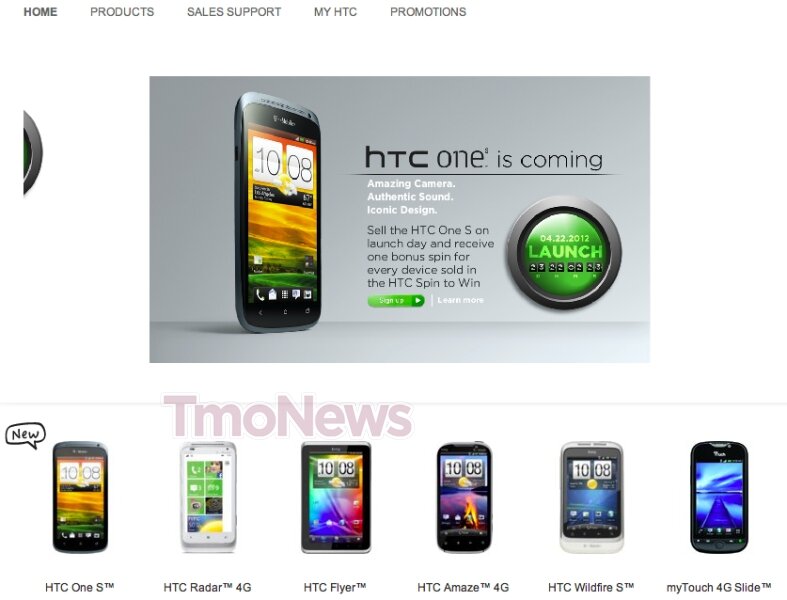 On the other hand, considering the detailed information about retail stores, it’s unlikely the website is fake. The leaked screenshot pictures data about stores where the device would register high sales. So is this just a mean joke on the HTC One S fans or is HTC really giving up its traditions?   htc one s displayschutzfolie

US Cellular Releasing the HTC Merge on April 29?