Set new standards with the all new HTC M8.

There have been quite a talk about the many images that have come out for the  HTC M8, which has been declared to be HTC’s phone with unique features for the year of two thousand and fourteen on the Internet. The images which have come up on the internet go on to advocate that HTC is keeping the same design intact as was introduced with the HTC One mobile phone. 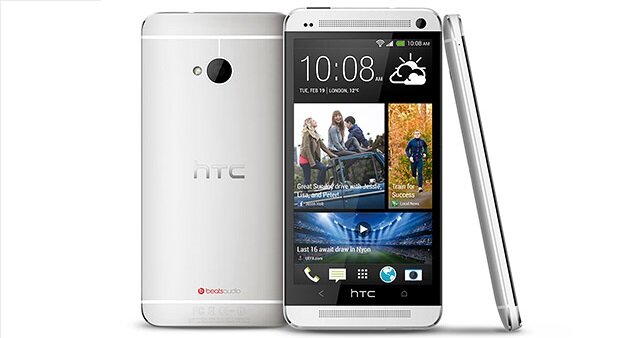 The company has revealed that the HTC M8 has the feature of a fingerprint scanner on top, more or less akin to the one that we find in the HTC One Max. There is one more striking difference in the design which is that the M8 is really much slimmer than the HTC One, with distinct rounded edges. There is widespread speculation among the technology geeks that the HTC M8 include a Qualcomm Snapdragon 800 processor, 3GB of RAM and Sense 6 UI. The screen size is all set to give a run for their money with regard to the screen size and so the display size is quite massive. The screen size is somewhere between 5 to 5.2 inches with a resolution of 2K (2048 x 1080 pixels).

Though we don’t know much of the official information yet we can expect to hear more information from the company in the coming days. If you want to be further updated on HTC M8 watch this space.

Everybody was quite taken aback when HTC’s move for a turnaround with just one flagship did not seem to hit the winning list on the part of the Taiwanese manufacturer, because the anticipation over the HTC One did not last very long. This was quite baffling because HTC One was packed with all the right features. In fact, it would not be wrong to say that the HTC One was possibly one of the best smart phones of the first half of 2013. A sloppy marketing strategy was responsible for its early death.

It seems that HTC is already making big plans for the launch of the M8 in the next year. This is possibly one of the last chances for HTC to come back with a bang in the technology market and if CEO Peter Chou is not able to show off the merchandise of HTC 8 in a new light the HTC 8 is not going to set much of a buzz.

Previous Post Set new standards with the all new HTC M8 Next Post HTC One Android 4.3 Update Soon in India
Recommended for you

Set new standards with the all new HTC M8