Rogers Getting HTC One X, HTC One S Coming to Fido

After the launch of the HTC One series each of the carriers is clarifying the unit they plan to release. Obviously, some of the models will reach Canada as well. Rogers already knows which handset they want to release. It will be the HTC One X.

This handset comes with a large 4.7-inch Super LCD display allowing a wide-screen TV experience. The device will work with 4G LTE networks, which will allow smooth entertainment delivery, while the quad-core processor will allow quick access to videos and other files. The handset will use an 8 megapixel rear camera allowing to take photos even while taking HD videos. There is also a 1.3 megapixel VGA camera for video calls. 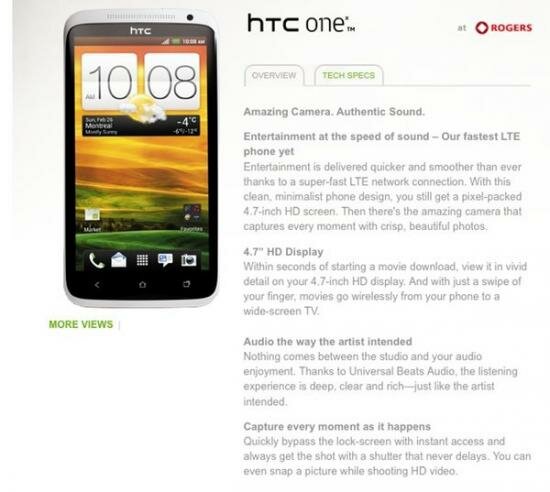 The device will be one of the first handsets to come pre-equipped with Android 4.0 ICS and correspondingly, HTC Sense 4.0 UI. This directly leads to the presence of Beats Audio system.

The pricing and the release date are yet not unveiled.

As for the HTC One S, this model will be launched by Fido. As we know Fido is also owned by Rogers, so if we cut it short, Rogers will be launching the One X and the One S sometime soon.

HTC Raider 4G LTE to be Launched via Bell and Rogers