New WP8.1 HTC W8 Scheduled To Be Coming To Verizon

There is yet another teaser once again about a high end new Windows 8.1 Phone which is yet to be brought to the market by HTC. The news says that this handset has been scheduled to be showcased through Verizon in the latter months of this year. 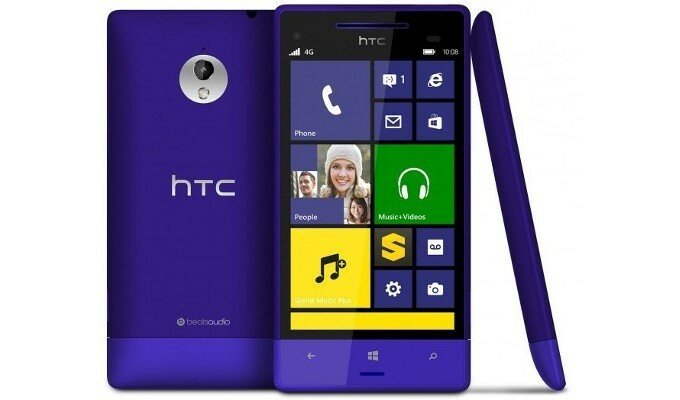 This hot news has been accompanied with even more details on the said HTC handset. The initial details seem to hint a t the fact that the phone shares its features with HTC A9, the predecessor of this Smartphone. The basic features of the two phones are similar on many grounds.

The irony is that the HTC A9 has not hit the shelves across the globe yet. Yet, there have been more than enough speculations about the features and built of this phone. The body of the phone has been projected to be having a metallic styling which matches the elegance promised by previous other HTC handsets.

This rumored windows phone is anticipated to be a device with a mid-range price tag that is going to share high end specs. The features-related ideas will be clear enough with the release of its predecessor HTC A9, which is due to be launched in the interval of June and July.

The news source has also revealed that the Windows 8.1 handset should be expected to have several iconic features of HTC handsets. These include the amazing BoomSound technology, featuring the dual stereo front-facing speakers. Besides, it is also going to feature Duo Cameras. This is the newest technology coined by HTC and it boasts of two rear cameras. Both the cameras use digital processing in extracting rapid focusing information for a distant object along with the re-focus-like feature.

It can be easily presumed that the body of this Windows Phone 8.1 version is going to be adorned with the same metallic appearance as was seen in the HTC M8, one of the most successful smartphones designed by HTC.

However, the most spoiling factor in the news is that Verizon as a career is in need of a cheaper device (e.g., Nokia Lumia 635). A device with such a high end finish is no wonder going to be wasted on Verizon.

Previous Post HTC's One M8 Harman Kardon Edition Announced Next Post Is HTC One M8 is copying E8?
Recommended for you