HTC has been releasing premium handsets from the brand that clearly fits the bill of the customer. It has been coming with an apt price tag to satisfy the customer. HTC One is one of the latest launches from the brand. It has believed to have a close resemble with its cousin HTC One E8. However there are few differences between both the products as well. 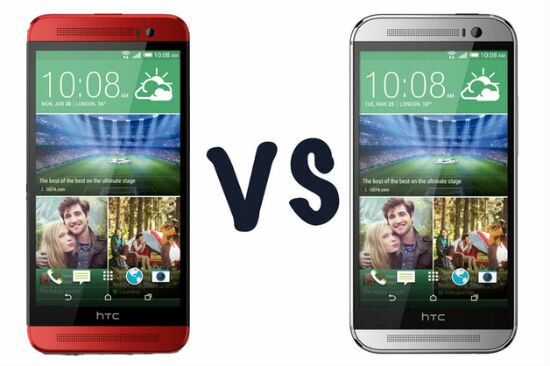 The brand of HTC has never sacrificed in terms of the design and build in their premium handsets. The difference between HTC One M8 and E8 lies within their designs. HTC One has a metal body with brush finish. However E8 has come up with a polycarbonate back. It has given the device a mid range look that is not enough to make happy sophisticated customer. However the plastic carbonate back is hard enough to sustain the pressure. Therefore it is only apt for the budgeted customer. By the appearance both the device look quite similar to each other. However with the metal construction HTC one M8 makes its heavier.

Internal of both the devices is believed to be the same. HTC One M8 and E8 will be run with the help of the 2.3 GHz quad core Snapdragon 801 processor. It has an internal storage space of 2GB. It has been believed to be enough for the budgeted customer. There will be overlaid of Android 4.4 Kitkat with the sense user interface. The battery of the both the device is same with 2600mAh.

3G and 4G LTE is supported by HTC One M8 and E8. Bluetooth 4.0, NFC and Wi Fi are also supported by both the device. However the HTC one M8 is little superior from the HTC One E8 as it has Infra Red blaster. It can be also used as a remote control. An external memory is also provided to the customer. With the help of the Micro SD card, the customer can store up to 128 GB of data in the device.  HTC One M6 has given the customer a choice between 16 GB and 32 GB whereas; HTC One E8 has come up with a 16 GB onboard.

Previous Post New WP8.1 HTC W8 Scheduled To Be Coming To Verizon Next Post New HTC One M8: Network Connectivity is improved with Android 4.4.2 OTA Update
Recommended for you