Android Jelly Bean 4.1.1 update was scheduled for the international variant of the HTC One X back in October. The manufacturer started pushing out the update at the end of the past month and it was available in select markets only. None but the users with CID of htc__612 were receiving notifications about the update’s availability, while the rest of users were promised to get it later. HTC One X owners with CID_038 or CID_044 in Europe, Asia or Africa should be attentive, because it’s their turn now.

If you are aware, the update requires a small 1.6 MB download, and the next run asks whether the user wants to download the massive 364.54 MB 4.1.1 Jelly Bean with HTC Sense 4+.

As for the carrier versions, there is no exact info as to when they will get their portion of Android JB, though many people think it will be available next month or in January 2013. 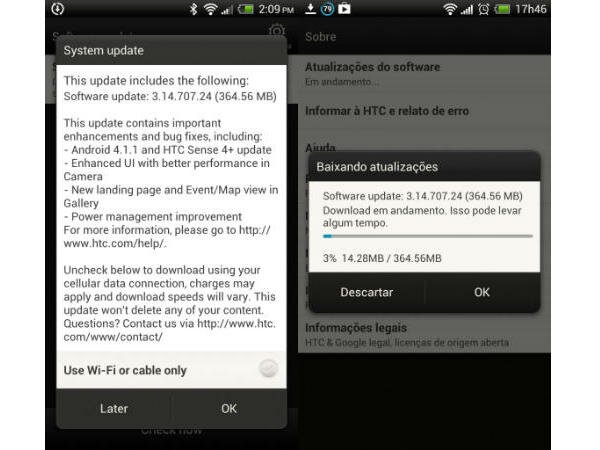 It’s pretty nice HTC takes care of its consumers but seems this anticipated update is not available in many European countries. Don’t know what the reason is but we’d like to see it in top markets first.