One of the “S” named smartphones of HTC, the Wildfire S, finally arrives at T-Mobile. The smartphone has a number of mid-range specs, but I’m sure there are many users who don’t want to pay much for Android-powered handsets like the HTC Sensation 4G, so the Wildfire S is a good solution for them. Moreover, the device will come with Gingerbread pre-installed, which will also ensure the smartphone’s success. 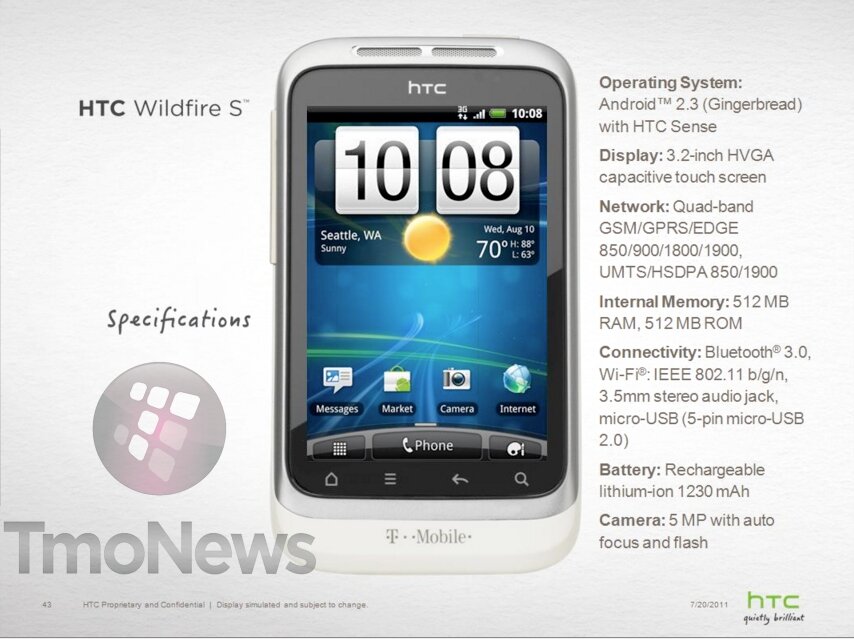 The HTC Wildfire S is packed with a 3.2-inch touchscreen with a resolution of 320 x 480, a 5MP camera, 512MB of RAM and ROM, a microSD card slot to expand the memory up to 32GB, a standard 1230mAh battery and others. The phone will run an undisclosed version of the HTC Sense which makes us think it can be one of the last ones.

The carrier doesn’t mention any launch date or price, but all we are sure the Wildfire S won’t cost much to make some sense for the users to buy it, otherwise they will chose other handsets with stronger features.

HTC Wildfire S to be the smallest Gingerbread smartphone

HTC Wildfire S in Grey and Purple via Vodafone