The iPad ensures high sales due to its unique form-factor and features. This is why Apple’s tablet is the most popular in the world. Looks like the tablet won’t yield its position for a long time. That’s a fact we can’t deny, but it doesn’t mean other manufacturers must sit tight and leave all the pieces of the pie to Apple. On the contrary all tech giants are always in search for something that can really make Apple keep its hands off the big pieces. Until today they haven’t succeeded in this deal, but they stick to the strategy they have chosen. Take HTC’s Jeff Gordon last announcement. According to him, the company adheres to the slate form factor. 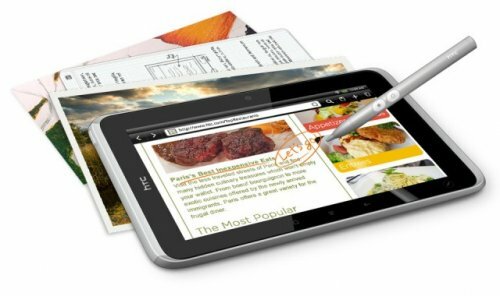 Most likely, you are aware that HTC’s launched a few tablets in slate form factor, the HTC Flyer, the HTC Evo View 4G and the HTC Jetstream, and they all succeeded in the market. Actually they didn’t come close to the iPad 2 in terms of their indicators, but there’s a number of consumers who want an iPad alternative. This is why many manufacturers, especially HTC, continue to produce slate tablets even though they are not equal competitors to the iPad.