The HTC Titan will grab your attention the moment you see it in the store. Among other smartphones, you will instantly feel the attraction of the colorful and big screen. Take it into your hands and you’ll get the feel of speed. Microsoft Windows Phone 7.5 adds to the glamor of the unit. So once you read this review you are likely to make the purchase, despite the one or two drawbacks. The HTC Titan lives up to expectations and you will see why.

The HTC Titan comes with a gargantuan 4.7-inch screen. However, it still runs on a single core processor, as opposed to dual-core chips that power most new Android smartphones, and of course the new iPhone 4S. Nevertheless, the processor runs at a 1.5 GHz, which is sufficiently fast for any smartphone.

It is packed with 512MB of RAM, matching the iPhone 4S, but still short of the 1GB loaded into some high-end Android smartphones. The Titan storage comes at 16GB, which will suffice for any app. The disappointing thing is there’s no expandable storage option, so you cannot load up another 16GB MicroSD card for large video and music libraries. But that’s the limitation coming from Microsoft, and users are already used to it.

Iit sports an 8MP camera with dual-flash for great pictures in the dark. There is also a 1.3MP front-facing camera for video chat with Messenger, Skype, and other networking apps.

For a 4.7-inch smartphone, the Titan is surprisingly light. It weighs only 160g. While definitely not the lightest smartphone on earth, it will not weigh you down. Single-hand operations are rather easy at this weight. Obviously, it’s not aimed at all users, but those with big hands will appreciate the phone. The HTC Titan creates a bit of a bulge in your pocket, but it’s not something you should pay much attention to.

The lens protrudes out the back a little, but the cameras on many other phones do so as well. Right below the lens you’ll find the loudspeaker. It is placed conveniently enough for you not to get that hollow sound when you place the phone on a flat surface.

The side of the Titan carries the power button, a camera button, the volume rocker and a 3.5 mm headphone jack. The case is made from a single aluminum frame. When holding it, you might think you wield a superior product. The overall design is flawless and it has got that fine finishing touch.

The 4.7-inch SuperLCD screen of the HTC Titan will be a subject of divided opinions. It can be a deal breaker for many smartphones users, because it makes the OS look absolutely gorgeous and leaves a thunderous first impression. Though I believe you should see the screen in person to see how stunning it really is.  The color reproduction is impeccable, and it is as good as (or better than) any smartphone on the market.

Needless to say, watching videos and movies is an absolute joy on the Titan and you’ll not be able to take your eyes off of it. Even browsing the web will become addictive once you familiarize yourself with this phone. The resolution of the phone falls in at 800X480 pixels, which is a bit lower than many similarly sized phones and even smaller then the iPhone 4S. Imagine how much better it could be with a higher resolution.

HTC Titan comes equipped with 3G, which is the case with all smartphones released last year, so you should have no problems with the internet. Where 3G coverage is good, browsing and download speeds go beyond expectations. There were areas where it dropped to EDGE networks, but this can be written off to network coverage, rather than a flaw with the network performance of the phone itself.

The call quality is as good as it gets on today’s smartphones. We could hear people clearly from the other end, and they, in their turn, found our voice crystal clear. We were able to access the internet even while in the elevator, which shocked us, and we encountered problems only when the network coverage was thin. Overall, the network performance of the Titan is top-notch.

All Windows Phone 7.5 smartphones should have at least a 5MP camera, but Titan comes with a fully-fledged 8MP camera and a dual-LED flash. Pictures taken with this phone were of high quality. Noise reduction is good and the software is also excellent at managing details in the picture. We did sometimes encounter motion blur when people were moving a bit faster than usual. The iPhone 4S camera handles movement better.

Even when the photos were downgraded to make them smaller for the web, we found that they were still quite clear. Successive photos are easily captured at a pace of one per second and Mango software takes you immediately to the photo gallery when you finish snapping your shots. It even arranges them into nifty tiles. They look and feel wonderful. The camera experience was easy and pleasurable. 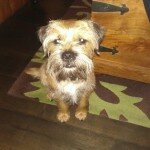 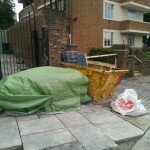 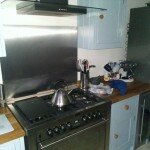 The HTC Titan is very attractive due to the operating system it runs on. Windows Phone 7.5 is a great product, as good as iOS 5 on the iPhone 4S. The responsiveness of the phone makes you feel powerful, because it is quick and sensitive to your guidance. Mango already comes with many useful apps, such as the weather app, photo app and so on. The new release also integrates Twitter with your contacts, so you can move seamlessly between services. 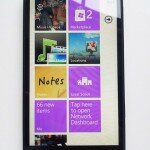 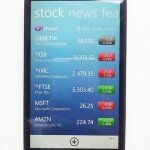 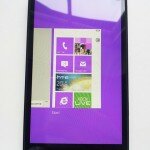 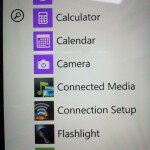 HTC has bundled a bunch of apps including those for notes, photo enhancement, stocks and news. You could install 50 more apps and the phone would remain as agile and fast, as earlier. Windows Phone 7.5 also brings multitasking into the picture. The tiles-based UI is a great bonus, empowering your work and letting you get more tasks completed than other mobile operating systems.

The lock screen is so special we have to mention it here, because it is quite informative right out of the gate. Your messages, email and other notifications are displayed, making it easy to see if you have anything to reply. There is also the time, date, alarm and calendar information on the screen. All this sounds like the lock screen should be crowded, but the look is very clean and gorgeous in reality.

The Mango Operating System comes with Internet Explorer 9, a fast web browser, even on the desktop. Browsing websites is a pleasure on this large screen. IE9 is one place, other than the video, where the large screen brings tangible quality to the phone. You can also see more Internet content all at once at this size. 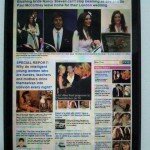 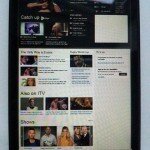 What makes the browser better is the smooth scrolling, without any jittering, which is so unlike many smartphones out there. This is partly due to the beefy hardware and to how Microsoft designed IE9. If you want the best phone for browsing, the Titan is an incomparable success.

Although switching tabs is easier with Android phones, taking only two touches, the network performance of the Titan is superior to Android phones. The overall browsing experience is therefore better than that of many other smartphones, regardless of additional feature comparisons.

Many issues impact the battery life of a smartphone, not the least of which is the LCD screen. This is one of the largest smartphone screens out there and the processor runs at 1.5 GHz, which is also a fast clock. Given these two factors, you might not expect the battery life to be exceptional on this device.

The surprise is that it lasts for about 20 hours of regular use, which is nearly an entire day. This is better than many of the latest smartphones. You can gladly leave your charger at home, while going to your office or class, and rest being sure that a single charge will last you all day.

Most of the popular apps that you will find on Androids and iPhones are already available on Windows Phone 7.5, which means they are on the HTC Titan. There are over 35,000 apps to choose from for the Titan phone. Although this sounds like many, it falls far below the 250,000+ apps available for both Android and at the iOS App Store. There are plenty of excellent apps to load your phone with, however.

Overall, the HTC Titan is an impressive unit and far superior to any Android phone. While it may be lacking in some places, there is nothing that would drive you off. The large screen and the new Windows Phone are already a good reason to buy this phone, but the HTC Titan is a close contended to the iPhone in all respects. Your choice boils down to whether you a big screen with a blazing fast processor or some flimsy alternative.