Besides awesome handsets HTC announced its new user interface dubbed HTC Sense. Version 4.0 deserves respect as the company has worked really hard on it. It’s felt at first sight and everyone launching a new HTC device falls in love with it no matter they love HTC or not.

HTC Sense 4.0 has now become more customizable. On-screen widgets seem to have been toned down. The developers replaced the old large and inflexible series of buttons with a more traditional-looking launcher. Though the influence of HTC is felt, Ice Cream Sandwich notifications remain the same. There is a more traditional dock. Now the icons rotate into landscape mode. 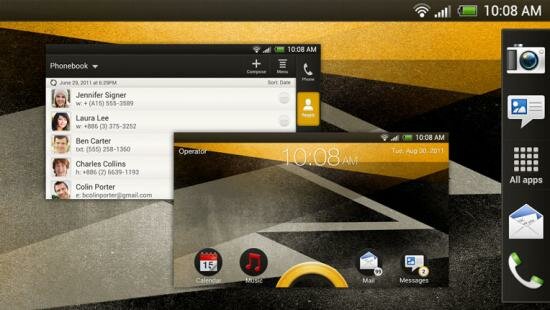 The company has considered customer feedback and has made what we expected. But it doesn’t mean everything in Sense is changed. For example, HTC’s excellent lockscreen with quick-launch icons is preserved.

All these impressions are made by yesterday’s press release, thus it would be better to test it and make final conclusions later. Stay tuned as we’ll come back with new information once it is available.

Previous Post Orange UK to Launch HTC One X and One S Next Post Beats Audio Available for All HTC Sense 4.0 Smartphones
Recommended for you