The HTC Sensation XL was announced on Thursday. Interestingly, the phone is designed only for the European market. That’s a little bit strange as the U.S. market likes such handsets and the Sensation will very likely succeed there. Anyway, we have what we have, so let’s take a quick look at the phone hoping it will sail to the U.S. shores too. 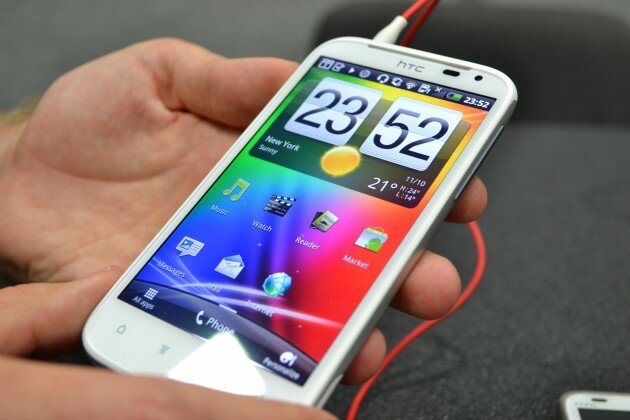 The external look of the HTC Sensation XL is similar to other HTC smartphones but with some differences. Firstly it refers to the huge 4.7-inch touchscreen with a resolution of 480×800 pixels. You may think a device with such a display must weigh heavy, but here I have to “disappoint” you, as the Sensation XL weighs 146g, which means it is lighter than the 3.7-inch display Rhyme, the HTC Thunderbolt and the Amaze 4G.

Though the phone is equipped with the best features, the screen is really something. The Sensation XL outstands even compared with the Samsung Galaxy S2, which is the king of displays.

One more thing; I guess there are many geeks thinking that it has a weak processor, and that the developers have to power it with a dual-core one. But the Sensation XL runs on a 1.5GHz processor, which is better than many dual-core smartphones on the market. So I advise you not to focus on the number of cores, but evaluate the performance and the productivity.

Like the HTC Sensation XE, this handset comes with the UrBeats headset. This is a priceless gift for all music enthusiasts, but on the other hand, simple users may not realize the advantages of this technology. In case you also don’t know this is level-up in terms of sound and now it’s very well optimized. Altogether, you can get acquainted with it in our HTC Sensation XE review with Beats Audio.

Below you will see a hands-on video demonstrating the phone’s features, check it out and let us know whether you are going to purchase it or not. And if you live in the U.S. would you like to see it there too?