Yesterday, at the press event in London HTC unveiled one of its most powerful smartphones — the HTC Sensation. We have been waiting for the device for a long time, and now we got the chance to have a look at it. It really sports features I had never seen gathered in one smartphone before. It also comes with the newest version of the HTC Sense.

The HTC Sensation is packed with a 1.2GHz dual-core processor supporting 3D-like transitions in the menu that we have seen in the HTC Flyer tablet. Its 4.3-inch Super LCD display is set back slightly making it more scratch-resistant. The screen is also enhanced with the Gorilla Glass technology that helps the phone avoid every kind of “injuries.”  But this is not the only advantage of this display, as it has got a qHD resolution with aspect ratio of 16:9 that is very comfortable for watching movies. 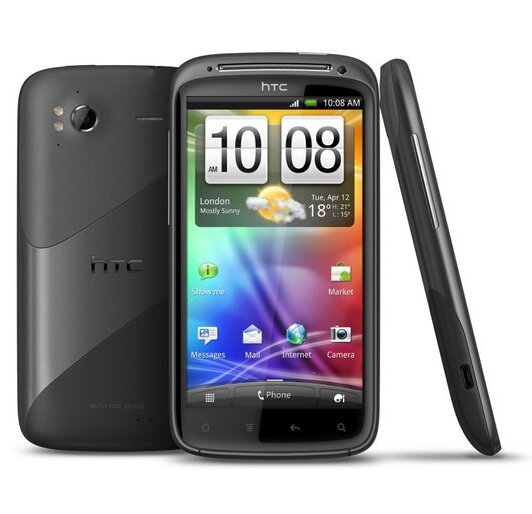 The phone is packed with an 8MP camera with dual-LED flash with “instant capture,” which means the lags between the pictures are not long. The camera can also record videos at 30fps in full HD (1080p) resolution. Users can even edit videos on the go due to a separate video trimming application.

There is a microUSB port on the phone allowing the users to connect both USB and HDMI. The device will also be charged when connected via this port.

The phone’s hardware is perfect, but the software doesn’t yield, too. The Sensation runs on Android 2.3 and it wouldn’t look so nice without the HTC Sense UI 3.0. The HTC Watch feature allows the users to view Hollywood blockbusters. Do not worry about streaming, since the handset supports up to 14Mbps download speed, which means we are talking about a 4G device.

The HTC Sensation has many great features we have seen in the HTC Flyer, and it is really nice to see the tablet-developed features brought to а smartphone. The Sensation will be launched via T-Mobile in the nearest future (probably in May).

HTC Pyramid to be Launched in the UK as HTC Sensation

HTC Sensation to be another mysterious trademark