There are many powerful high-end smartphones in the market currently. Just remember the Samsung Galaxy S II or the LG Optimus 2X — are there many devices that can compete with these two? To win a fight against Samsung’s or LG’s flagships, a device needs a powerful processor providing fast performance, a good camera, a competitive OS and UI and really good features overall. HTC has manufactured a smartphone according to all the above mentioned requirements. I’m speaking about the HTC Sensation that was unveiled in April and has managed to win the hearts of many geeks since then.

So the HTC Sensation is a cool smartphone that can compete with any other device and win. And in this HTC Sensation review we’ll try to find out what makes this phone so special and cool. 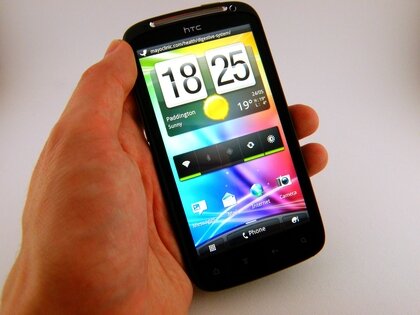 The HTC Sensation is one of those big handsets that are sometimes called mini tablets. It looks like the HTC 7 Mozart, a bigger Mozart running Android OS. 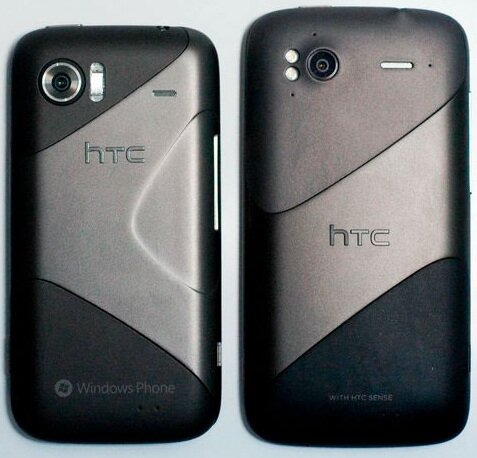 It seems like HTC doesn’t like to change the design of its latest smartphones, and we can see the same metal cut-outs for the speaker, the same allocation of aside buttons… The company hasn’t even added a hardware camera button (which means the camera must be launched from Menu)! However, there is an important design difference distinguishing the Sensation from other HTC phones: the developers have designed the phone’s back glass in a way that it protects the phone and its screen from damage when you drop it. We don’t know if it works, because we haven’t tried to drop our Sensation… and wouldn’t really recommend you to drop it — just in case.

There is one thing in the HTC Sensation’s design we don’t really understand — why have the designers made the back of the phone of metal, which will be too cold in winter and too hot in summer? Plus, we must note the phone is significantly heated when working.

But anyway, the designers have done a great job, as the HTC Sensation looks great anyway and has a very high build quality. 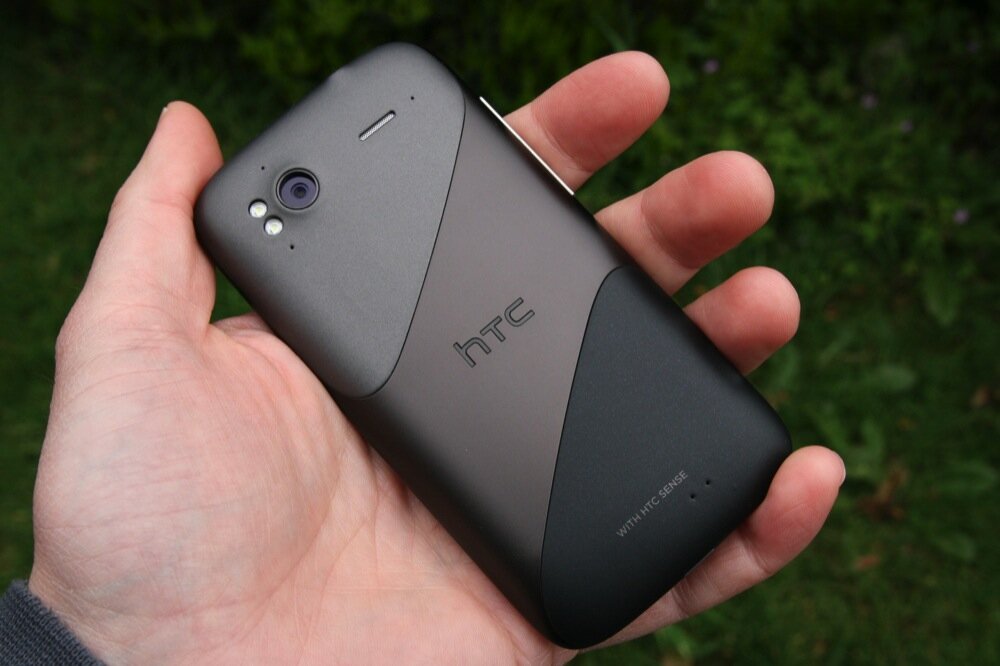 If HTC didn’t want to add a camera button, it doesn’t mean the standard Android touch-buttons have disappeared, too, so you can find Home, Menu, Back and Search buttons with backlights under the screen. In addition, we can see the VGA camera above the display.

The left side of the HTC Sensation has volume controls and a microUSB port. This is not a really optimal location for the connectors as it can’t be charged in the car while it is connected to a car holder.

The back of the Sensation looks more innovative, as besides metal its case is made of soft-touch plastic, which feels very good when holding it. The back side includes the 8MP camera with dual-LED flash, the main speaker and an additional microphone for reducing the noise. The camera lens is smaller than the HTC Desire HD’s one so it doesn’t bulge much, but we can’t say the back is absolutely smooth.

Well, the HTC Sensation is big, but with its dimensions of 126.1×65.4×11.3mm it weighs only 148 grams, which can be perceived differently — some say it gives a feeling they are dealing with a weak smartphone, others claim the vice versa.

The HTC Sensation is a “beast” in terms of hardware, because unlike many other HTC devices, where the company focused more on design than on specs, this phone is really a sensation since the features it comes packed with are more than shocking. First, the company has powered it with Qualcomm’s new Snapdragon MSM8660 processor (which differs from rivals offering asynchronous cores that can run at different frequencies and voltages). This processor consumes less power, plus, paired with Adreno 220 GPU, provides great performance.

The device is also equipped with 768MB of RAM and 1GB of internal memory, and its box includes an 8GB chip inside. In this aspect the Sensation yields to the Samsung Galaxy S II, which is packed with 1GB of RAM and includes a 16GB chip. The handset is quite competitive and when we look at its specs list it becomes obvious this phone won’t surrender without a fight.

The display is one of the standout features of the HTC Sensation. It’s a cool 4.3-inch qHD touchscreen in a resolution of 540×960 pixels. Generally, qHD screens are very close to the iPhone 4’s Retina Display, I mean they are similar in terms of putting a big number of pixels into a tiny space. Such displays come in 16:9, which is very useful (especially when reading e-books, web pages and documents when at the zoom sizes you’ve been using with smaller screens) if you don’t an eagle’s vision. 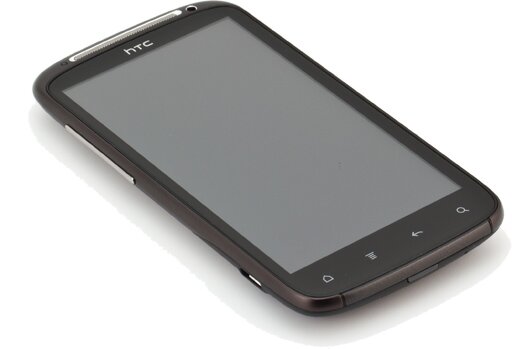 Many people are wondering which display is better — a Retina Display, an AMOLED screen or a qHD display? A few days ago I found a very interesting post, where the HTC Sensation’s screen was put in a comparison with the Samsung Galaxy S’s one. Here are the results of five rounds:

1st round — Both technologies provide equal performance in direct sunlight. So it is a myth that the AMOLED technology is better.

2nd round – The HTC Sensation’s screen is evidently brighter than the Galaxy’s screen.

3rd round — In outdoor shadow places both handsets were perfect, but I think the HTC Sensation was slightly better.

4th round — Though both screens are not so good when it comes to viewing at an angle, AMOLED was a little bit better.

5th round – They’re both top notch touch panels, responsive but not too sensitive. So in this case we must give preference to larger screens — they are more precise.

HTC has never tried to compete with Nokia in terms of cameras, but when the Finnish company said the Nokia N9 has a super large f/2.2 aperture, the largest aperture ever incorporated into a mobile, HTC launched the HTC myTouch 4G Slide, saying it also has the super wide f/2.2 aperture. So Nokia isn’t a monopolist in making great phone cameras any longer!

However,you can’t call the camera of the Sensation the best smartphone camera ever (we still can’t compare it with the Nokia N8 and the upcoming Motorola Dinara), but HTC has added several nice extras to it. Plus, dual-LED flash will help the users take brighter pictures indoors and in the dark. There is also a good addition in face of the “instant capture.”

The phone can record HD videos at 1080p and 30fps. Plus, there are scene modes offering macro focus. The recorded HD video can be shared via DLNA or Micro-USB connection. But if you get an MHL adapter, you’ll be able to stream it to your TV via an HDMI out port.

As I mentioned above, the HTC Sensation is packed with a secondary VGA camera to make video calls. It is a 640 x 480 fixed-focus camera located above the screen that can be also used to take self-portraits or those Blair Witch moments. 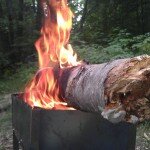 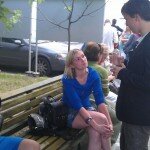 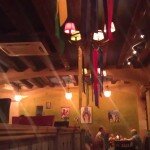 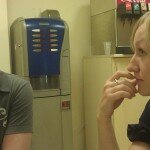 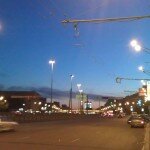 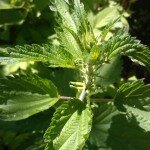 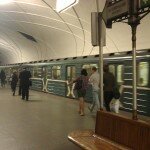 And here is an HTC Sensation sample video:

The handset runs Android 2.3.3 with HTC Sense 3.0. The UI version is the latest, but as we know v3.5 will be launched soon on the board of the HTC Vigor and the HTC Bliss. Anyway, it is powered with perfect software, and it is difficult not to agree with many geeks saying HTC’s interface is the best UI for Android devices.

Here HTC focused on the animation of the homescreen and weather which are very important for HTC. They gave a 3D-view to the rolling of pages, which is welcomed by users undoubtedly.

The next upgrade refers to the lockscreen — now the users can select up to four applications to unlock directly to. For example, you can choose mail, Google Maps, Spotify and the camera (I just have seen many users with such arrangement). Users even can change the lockscreen wallpaper with a range of six different options to select: wallpaper, photos album, Friend Stream, weather, stocks and clock.

Generally, there are many improvements of social networking, flash browsing, entertainment and so on, but you’ll need a lot of time to get acquainted with it. Anyway, I haven’t heard any quibbling about HCT Sense 3.0, I am not talking about Android 2.3.3. That’s perfect.

Sorry, but I didn’t find anything else…

First the HTC Sensation was launched in Europe exclusively via Vodafone that offered the phone for free with a £30 ($48) tariff with a two-year contract. Then the unlocked version of the device was sold for about £549.98 ($903). After several weeks, the Sensation made its steps to the U.S., and here T-Mobile introduced the Sensation 4G as its own version to play in the LTE network. The carrier priced it at $199.99 but users should sign a two-year contract.

Nowadays, the retailers and carriers have cut the phone’s price, and the latest contract deals offer the phone for $99.99 (Target).

HTC Sensation Offered for £9.99 in UK

Which Is Faster? HTC Sense 3.0 on EVO 3D and Sensation