Earlier we thought that HTC was planning to release a special handset for women — the HTC Bliss. Then later on, when the specs of the handset were revealed, we found that it’s the same handset as the HTC Rhyme. 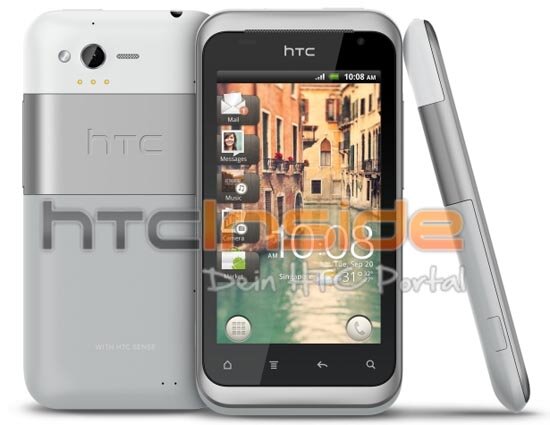 We’ve already had a few in wild shots for the HTC Rhyme / Bliss, but now we also have the press render shots. This is one of the first signs that the handset will soon get launched. So what should we expect from the handset? Well, it will come with the following more or less impressive specs: 3.7-inch WVGA display, single-core 1 GHz processor, 5MP camera (capturing 720p HD videos), VGA front-facing camera for video-chatting, 768 MB RAM, 4GB of internal storage capabilities and 1600mAh battery.

The HTC Rhyme/HTC Bliss will be featuring HTC Sense 3.5, too, which seems to be its best feature. The newest version of the UI will allow to remove homescreen panels and will sport a face-lifted browser, new homescreen button design, plus a wide range of animations and widgets.

HTC Rhyme to be Launched via Verizon on September 29