Presently Verizon has one model with Android 4.0 Ice Cream Sandwich on board — the Samsung Galaxy Nexus, but it released a list containing 10 more handsets to receive the update. In all probability, the first model to receive Android 4.0 ICS will be the HTC Rezound. Earlier this year it got a chance to experience a beta version of update, and now it’s in release candidate mode.

Those who are not willing to wait any longer can download the current version of ICS update. The update is not the final version, thus it might not fully support the features coming with the official update. In addition, the handset might face a list of bugs and issues after getting upgraded. The update is accessible for only those handsets, which are based on the factory locked version, not rooted and running 2.01605.11v software. To preserve your apps keep them somewhere else, as the update requires re-installation of apps and settings. 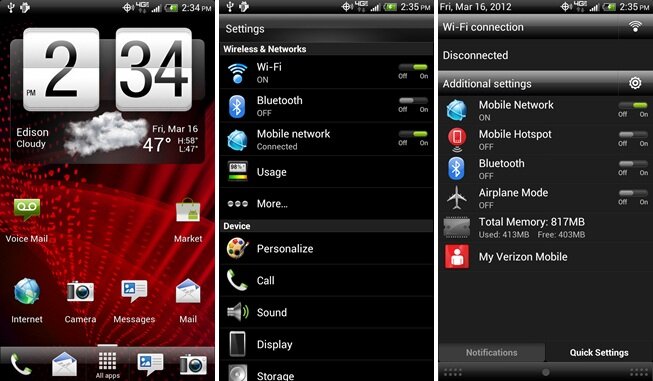 You can get the file here. Once downloaded rename the file into PH98IMG.zip and place it into root of your memory card, then push Volume and Power buttons to start the update.