HTC is all set to bring in the New Year with a fabulous line up of new attractive smartphone models and innovations ready to make company profits soar resulting in economic growth. According to Jeff Gordon the Global Online Communications Manager for HTC during CES he stated that the Company is ready to build its way up from the success attained in 2012. HTC is ready to push out fresh innovations and new mobile phones in 2013. 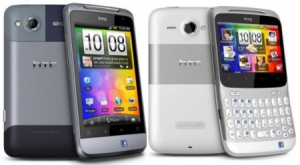 At the CES HTC is not displaying any new phones except the Cricket Wireless bound One SV. Gordon however did not reveal on any details of upcoming smartphones for 2013. There are plans to release a new phone to the mobile frenzy crowd at the Mobile World Congress that is going to take place in February. 2012 is a memorable year for HTC as it witnessed the release of the Windows 8X and Windows 8S along with the HTC One X+. Gordon suggested that this year the HTC line of phones will be infused with top tier designs and bright colors. These will not only inspire users to buy but they will inspire them to use the phone as a part of their personal lives.

Gordon further stated there were three pillars that effectively held up the HTC brand and they are beautiful designs, development of camera and a genuine audio experience. He stated that the Company was a global leader when it came to the design of smartphones and when users take pictures with HTC mobile cameras they get carried away by its speed. He also stated the Company was not even second to none when it came to audio features. The Company endeavors to create a unique listening experience and this is possible thanks to its partnership with Beats Audio.

HTC has a foundation that is solid and its presence in USA is strong. He added that HTC needs to grow in Europe and expansion plans are on the agenda for the Company in 2013. The greatest challenge the Company faces at this moment is how people in the market see it. Gordon stated that HTC does not wish to be pigeonholed as a Company from Taiwan. It needs to be referred to as a global company. There is no Asian inheritance and he hoped that people would look beyond that in the forthcoming year. There are some struggling financial issues however HTC is confident that it will pull through and see happy times in 2013.