Since its release the Nokia Lumia 800 continues its victorious march through smartphone market and this is not only for its beautiful design, but also for its quick operation. It is no news everything is assessed through comparison and the Lumia 800 is no exception. Recently it was tested against the HTC Radar to see which one performs faster. 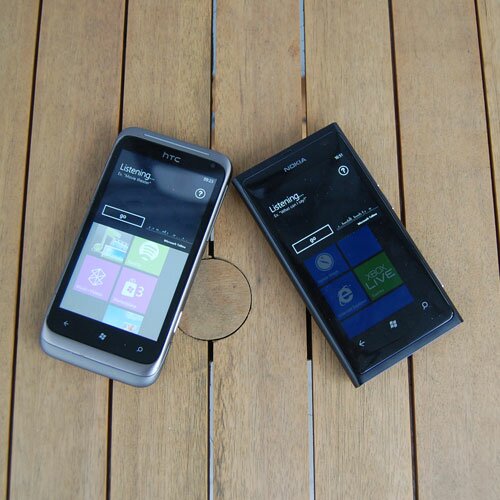 First of all, the voice command was tested on both phones, and the Lumia 800 did not only recognize the voice and speech correctly, but also did it faster than the Radar. For example, the Lumia 800 rightly understood the word combination “three kangaroo,” but the Radar understood it as “3:10 guru.” Well, you can see the difference.

On two more benchmark tools, Sunspider Javascript Benchmark 0.9.1 and Rightware Browsermark, the Lumia 800 again outran the Radar. Sunspider checks how fast the mobile browser processes JavaScript language and the low the number, the better, so the Lumia 800 got here 7026.9ms, while the Radar – 9012.4ms. The other benchmarking tool — Rightware Browsermark (the bigger the number, the better) tests the overall fastness of the browsers, and here again the Lumia outran the Radar with 30,998 to the Radar’s 27,004.

Other tests were done as well and on all the Lumia 800 showed better results than the Radar. It should be finally noted this information came from noknok.tv, so it would be interesting to see HTC making such benchmarking tests against the Lumia 800.