A few days ago Peter Chou, HTC CEO talked about the existence of the quad-core tablet. Finally we also got the chance to hear more details about the device named HTC Quattro. This tablet will be equipped with a 10.1 inch display with a resolution of 1280×768 pixels (which is similar to the Motorola Xoom tablet, while slightly bigger than iPad, coming with 9.7 inches and 1024×768 resolution). The processor of the tablet is similar to that of the HTC Edge, that is AP30 Tegra 3. 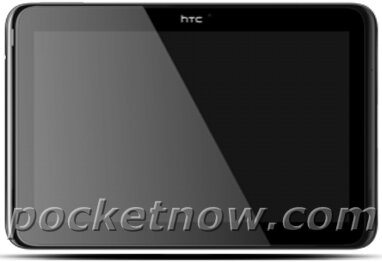 The RAM of the tablet is assumed to be 1GB, while the storage capacity will be 16GB with the microSD expansion, Bluetooth 4.0 and Wi-Fi. Before the release time the device will probably also support Beats Audio system. This will be the first tablet from HTC coming with a fully enhanced audio system.

The rear camera of the tablet is not expected to be something powerful. Most likely it will be only 2 megapixels with 720p video capturing capabilities.

If the tablet is designed to fill the lineup of the current tablets and is not going to be something fresh and new, we should expect the HTC Scribe to come with the tablet.

The tablet is expected to be released with a name other than HTC Quattro. The manufacturer will introduce both its Wi-Fi only and 3G versions.

HTC Zeta to be Another ICS Smartphone with Quad-Core 2.5Ghz CPU