The pictures of a new mysterious smartphone – the HTC Pico – have appeared on XDA.cn. At first sight the nice blue casing of this upcoming HTC smartphone catches attention and makes us think the device will either be available in different color choices or it will have interchangeable battery covers. 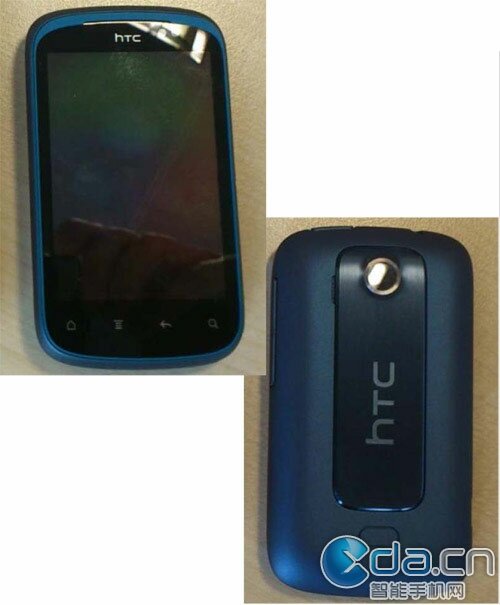 The specifications of the HTC Pico have much in common with the HTC Wildfire S. It’s expected to have a 3.2-inch HVGA (480×320) touchscreen, a single-core 600MHz CPU with 384MB of RAM and a 5MP camera. They say the device will also run Android 2.3 Gingerbread and will have a 1230mAh battery. It’s also known that the HTC Pico will work on 900/2100MHz 3G frequencies, which makes us think it will be release in Europe.

So the specs of this upcoming smartphone are rather weak, so it’s most likely planned to be targeted at women who are more interested in design than in powerful features.

The HTC Pico reminded me of the HTC Glamor and the HTC Bliss that are also going to be released soon. Though the specs of these two are not known yet, we can’t expect them to be too powerful, unfortunately… I wonder when HTC will create a beautiful bright smartphone with good specs for women who appreciate both specs and design.