This year Taiwanese-based HTC and Korean LG have similar plans on conquering the smartphone market. I mean both smartphone vendors have announced their new lineups dubbed One and L-Style, respectively. The lineups are introduced in three phones — one for high-end niche, one for mid-range niche and the last one for people with low incomes, thus for low-end niche. However, the potential of these series is seen by the most powerful handsets, and we decided to compare them with each other to find out which manufacturer has more chances to become a leader, or at least to surpass the other.

The HTC One X, the company’s first quad-core smartphone, sports a list of awesome features, but the most noteworthy is the existence of an Nvidia Tegra 3 chipset clocked at 1.5GHz. The processor is also powered by ULP GeForce GPU, which is an ideal option for gamers. In contrast, the LG Optimus 4X HD is the successor of the well-known LG Optimus 2X, and as the name suggests, we are dealing with a handset the processor of which again comes with 4 cores. Moreover, the chipset is made from the same Nvidia and is clocked at the same 1.5GHz. It features the same ULP GeForce. Thus both handsets are equal in terms of processor, and neither of them has an advantage. 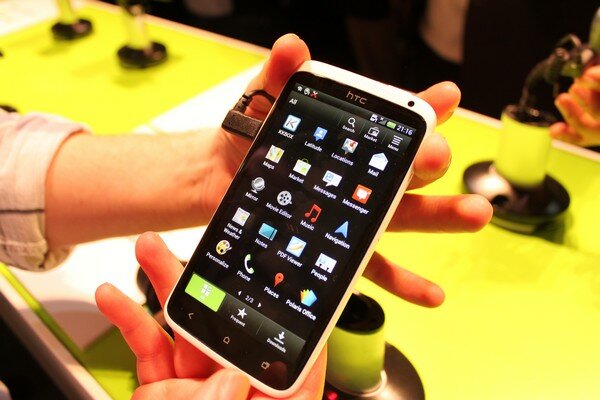 The second feature I want you to pay your attention to is the screen. The HTC One X is packed probably with the third best touchscreen in the world after Apple’s Retina Display and Samsung’s Super AMOLED screen. It comes with a 4.7-inch Super IPS LCD2 capacitive touchscreen supporting 16 million colors, is protected by Gorilla Glass 2 technology and has 312ppi pixel density at a resolution of 720×1280 pixels. The screen size and the 720p viewing functionality give additional charm to it, and we must note it can be one of the One X key features. However, the latter has a hard-bitten competitor and its monster-sized display doesn’t frighten the LG Optimus 4X HD. This handset boasts of a HD-IPS LCD capacitive touchscreen with the same pixel density and resolution. The second round is in favor of the iPhone 4S. Just kidding. 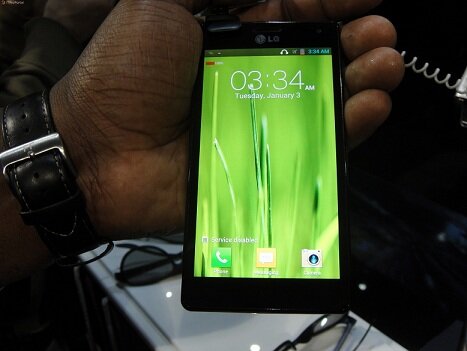 The rest of features of the HTC One X include 32GB of internal memory, 26GB of which can be used by users, 1GB of RAM, an 8MP camera with autofocus and LED flash, which most likely is the weakest feature of this phone though it records Full HD videos at 1080p, a 1.3MP frontal camera for web chat and so on. As to connectivity, the HTC One X doesn’t support LTE because of Nvidia chipsets but users can use HSDPA connection speed. Plus, there is also Bluetooth 4.0 with A2DP and it has a microUSB slot. Is it attractive? Do not hurry to make conclusions because the LG Optimus 4X HD sports the same specs with one difference — it comes with 16GB of internal memory.

Needless to go into other features as they are identical as well; take Android 4.0 Ice Cream Sandwich and 8.9mm thickness. As you see, the HTC One X and the LG Optimus 4X HD have many common lineaments. It remains a secret to me as to how these companies will acquire bigger market share with identical handsets; perhaps it should have been far better if they came up with something different. Don’t you agree?

Previous Post Pay as you go SIM cards - what are the benefits? Next Post Will HTC’s Strategy Change?
Recommended for you