There are a lot of people who choose their future smartphones according to the design, the color and proportions rather than specs. The greatest invention of mobile manufacturers to solve this issue is the range of smartphone cases.

In this regard, the HTC One X receives the next dose of attention. Those who don’t want the gloomy black and white, can now enjoy the new offer by HTC. This time the manufacturer presents a set of cases meant for its latest handset. At the moment there are only two variants presented, blue and orange. Both shades are very bright, juicy and sure to cheer you up. HTC has also announced that other colors may also be available after the launch of these two. This will probably depend on the popularity of the first two cases, otherwise the company, which has some financial problems, might lose a lot on such minor products.

The smartphone sets are not only a way to change the color of your phone, but also a perfect tool for personalizing it. I hope HTC continues to work on such items as only they can make a case, which not only fits the phone like a glove, but also corresponds to the style and ideology of the handset. 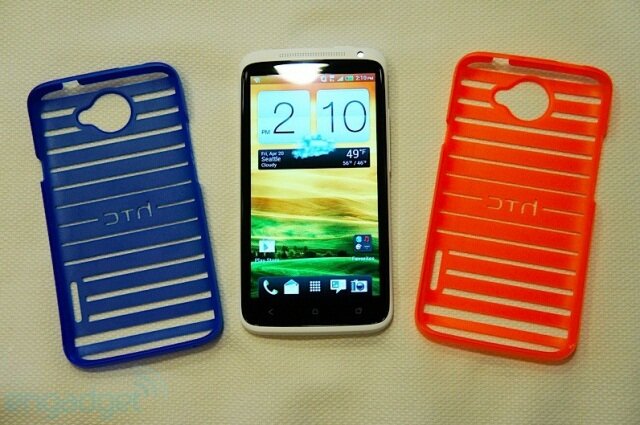 The price and the release date are not officially announced yet. Nevertheless, there are some rumors that the cases will be available on sale starting May 6 when the smartphone finally lands on AT&T.

Previous Post Why are Phones Black and White? Next Post HTC One X Torture Test
Recommended for you

Protect your HTC Rezound with these Wonderful Cases