Strange as it can sound China and Taiwan might be the first countries to offer their customers the One lineup HTC One X and HTC One V. The handsets are expected to get released there on April 2. So these two Asian markets will have the handsets 3 days earlier than the European markets. The HTC One X will be available at the price of 20,900 Taiwan dollars (around $706), while the HTC One V — at 10,900 Taiwan dollars (around $368).

The HTC One X is the most expensive and the highest-end device of One lineup. The model is equipped with a 4.7-inch display, a quad-core NVIDIA Tegra 3 processor, 1GB of RAM, 32GB of internal memory and an 8 megapixel camera. In addition, it will be available as the HTC One XL in the US from AT&T coming with LTE connectivity. It might be available as HTC Jet from Sprint as well. 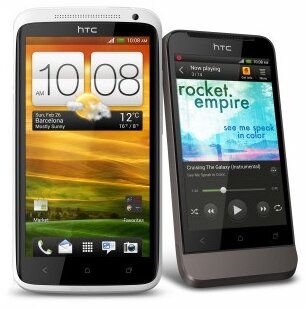 The HTC One V comes with a 3.7-inch display, 512MB of RAM, 4GB of internal memory and a 5 megapixel camera.

Both models come pre-installed with Android 4.0 ICS, which means they will be capable of using Beats Audio system.