HTC One S vs. iPhone 4S: Fight of the Dual-Cores

While the release of quad-core monster phones such as the HTC One X and the Samsung Galaxy S3 may have signaled the end of the iPhone 4S’s reign as the top smartphone on the market, Apple’s flagship phone remains one of the best available in the dual-core range. Its biggest rival for dual-core supremacy comes in the form of the second phone in HTC’s ‘One’ series, the One S, but does this phone have enough to out-match the immensely popular 4S? The only way to really find out which is best is to put the two head-to-head in a fight of the dual-cores, let’s waste no more in getting it on!

The unique steel and glass casing in the iPhone 4S makes the Apple probably the best looking smartphone on the market and it is hard for any manufacturer to match it in the looks department. Despite being a bit heavy at 140g, the iPhone feels great in the hand and oozes quality throughout its 115.2 x 58.6 x 9.3 mm chassis. 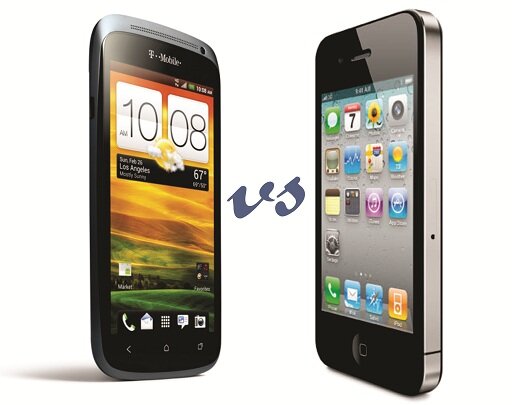 HTC has never been one for looks but the One S does a decent job of improving the often aesthetically boring range of phones that are released by the Taiwanese company. Rounded corners, a tapered back and oxidised metal chassis make the One S feel comfortable and solid with no creeks whatsoever. At 130.9 x 65 x 7.8 mm the HTC is considerably larger and thinner than the iPhone, it is also lighter at 119.5g.

The HTC One S comes with a Super-AMOLED 4.3 inch 540 x 960 p resolution display giving a pixel density of 256ppi. While this is a pretty decent display, it cannot compare with the LED-backlit IPS TFT 640 x 960p 330ppi screen on the iPhone 4S which, thanks to ‘Retina Display’ technology, makes the display on the Apple the best ever seen on a smartphone. As always, the iPhone has a 3.5 inch screen which does seem small for a smartphone in 2012. Both phones are protected by the same Corning Gorilla Glass, but it is hard for the One S to match with the iPhone 4S is any other part of the display.

The One S features the same 8-MP camera that is used in the flagship One X and has 1080p recording. The iPhone also has an 8-MP camera and 1080p recording. As expected both have LED flash and auto focus but it is HTC that steel a march on the features with the excellent simultaneous HD video and image recording which allows users to take stills at the same time as shooting a video. In terms of quality of picture and video, it is the 4S that produces the clearer and sharper shot, although there is very little between them. A secondary VGA camera is featured on both phones. 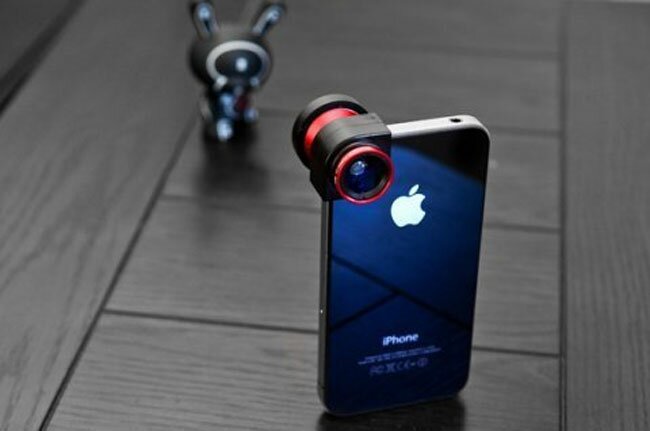 Now we already know that both these handsets feature dual-core processor, but which performs the best? Well, the HTC One S features a dual-core 1.5 GHz Krait Qualcomm Snapdragon processor that is superior to the iPhone’s dual-core 1 GHz Cortex-A9 chip. This extra power gives the One S better performance which is further enhanced by the inclusion of 1GB RAM, bettering the 512MB RAM in the 4S. For watching videos and gaming, the One S is much the better of the two.

When it comes to storage, Apple is hard to beat. Despite having 16GB internal storage space, the One S is let down by no micro SD slot, this puts at a great disadvantage when trying to compete with the 16, 32 and 64GB options offered by the iPhone 4S.

The HTC One S was one of the first phones to come with Android 4.0 Ice Cream Sandwich. Skimmed over with HTC Sense 4.0, the OS is very slick and performs excellently when using apps, gaming and swiping through menus and home screens. However, Google still have a way to go before they are able to match the super-smooth iOS 5.1 included in the iPhone 4S. 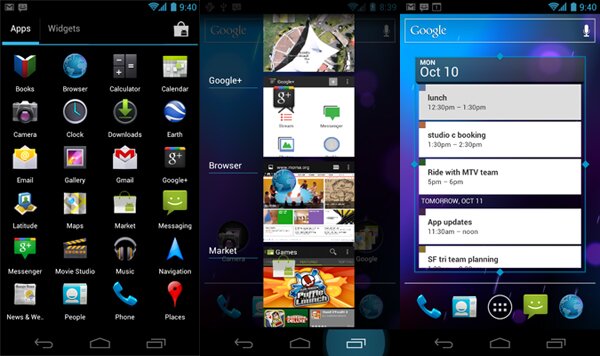 At 1650mAh, the One S has the larger battery of the two phones, outdoing the 1432mAh battery in the 4S. Both phones perform well under moderate usage with the iPhone just having the edge in battery life; that said, the HTC can still deliver a full day’s power.

Both phones are of great quality and you can’t go wrong with either. The HTC One S loses points in the quality of screen and storage but out performs the Apple in processor and screen size. This contest comes down to whether you prefer Android or iOS and as Apple is still the superior OS, the iPhone comes out on top.

Quad-Cores to Replace Dual-Cores in 2012