The list of One series accessories includes not only the popular Media Link HD and Bluetooth dongles, but also car docks. Though at the moment HTC doesn’t come up with newer models of car docks, there’s another cool surprise waiting for HTC One series fans. Now they can use a new car dock app on their car docks, making its usage way easier and more comfortable.

The new application allows having a swipe shift between navigation, phone contact list, music apps and Tune-in radio. Finally there will also be a chance to use third-party apps on the dock. In addition, you will get a chance to stream music via Bluetooth. With the absence of Bluetooth, you will be able to use the corresponding dongle, which plugs into the aux port. 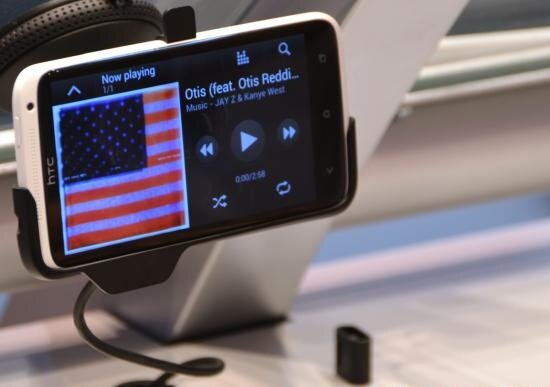 One thing to get accustomed to is there are no actual buttons as the Android 4.0 ICS handset will no longer use hardware keys.

The release date of the application is not announced, but it will most likely not be available before April, that is, before One series models finally make their first appearance in stores.

Previous Post HTC, Do Not Use Baron Munchausen's Trick! Next Post HTC Radar 4G to Be Launched Via Canadian Videotron on March 7
Recommended for you