The overhauled Windows 8 operating system will be on PCs, smartphones and tablets as well. The company promised to bring something new to the market, and the first leaks prove it will be true. While everything related to producing smartphones and PCs is clear, we can’t say the same for the tablets because Nokia has not yet completely recovered its lost glory, and Microsoft is in search of a good partner that can ensure the best sales. In this sense, the company must look to a manufacturer, which is already popular in the market. But what it can do when Apple holds most shares of tablet market? The only solution is to choose an Android-devoted manufacturer with high sales. But if you think Taiwanese HTC is the best choice, I have to disappoint you because Microsoft has already announced HTC won’t be the first manufacturer to launch Windows 8-powered tablets.

This statement was made on Wednesday after HTC announced the sales dropped by 13 percent in Q2 after a 35 percent drop in Q1. This doesn’t mean Microsoft refuses HTC and won’t cooperate with it ever. The company noted HTC is one of its closest partners but the first Windows 8 tablet won’t carry HTC logo. 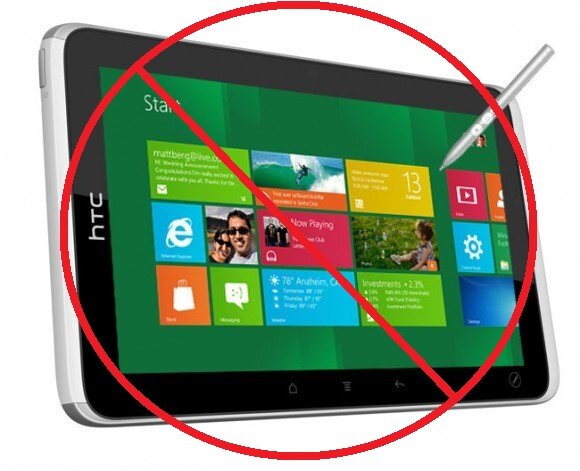 Let’s not go ahead of time but Nokia seems to be the most corresponding manufacturer at the moment, and the fact Lumias are very popular can help Microsoft sell its first Windows 8 tablets well. However, it will be quite interesting to see an HTC tablet running Microsoft’s mobile operating system.