HTC has recently announced the release of smartphone Legend, which, as expected, proved to be extremely similar to model HTC Hero by the parameters, as well as with the appearance. However, what is the difference between these two devices? Let’s try to find out.

Screen
The first thing which is worth paying attention to is the screens of the devices. Hero has a 3.2-inch TFT-LCD touch screen with HVGA resolution of 320 × 480 pixels, which is not so bad, however there is no comparison with splendid AMOLED-display of HTC Legend. Despite the fact that both have the same screen resolution and size, the advantages of AMOLED technology are quite obvious. Screen of HTC Legend is noticeably brighter, with a large correlation of contrast and more diverse color palette. Moreover, it is less prone to damage, reduces the weight of the phone and, most importantly,is power efficient.

Touch Sensitive Navigation Keys
If you are an owner of smartphone HTC Hero, pay attention to the bottom of your device. There is a small navigation block there. Using them is not too convenient, that’s why most users forget about its existence at all. And in vain, because it can be extremely useful when editing a text, especially when changes are made in the middle of words, which is not so easy to do with fingers. And if in Hero its implementation leaves much to be desired, Legend has a really cool track-pad. It works almost like an optical mouse, at the same time the complete absence of mechanical parts has positive effect on the accuracy and reliability. 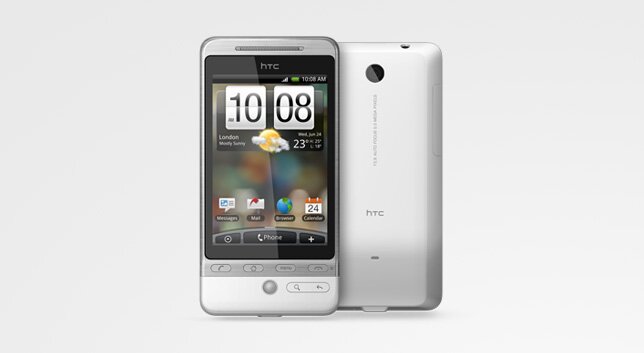 Processor
Already at the time of release of smartphone HTC Hero, in July 2009, Qualcomm ARM11 CPU processor with 528 MHz clock speed was not a gimmick. For example, two months earlier smartphone HTC Magic was rigged, and HTC Dream received ARM11 at its disposal in general early in 2009. Although the updated hardware weaving has speed up the work of Hero, in comparison with some other innovations, it was still a little “thoughtful”.
As for HTC Legend, it has the next generation Qualcomm MSM7227 processor with 600 MHz clock speed. This allows to cope with many modern “heavy” applications better, at the same time it significant to acknowledge the support of multitasking, which provides the user a completely new level of comfort when using the device. Of course, this processor is far from 1 GHz chip installed in Nexus One or Desire, however it is a step in the right direction, and Legend operates noticeably faster than Hero.

Memory
The question of a sufficient amount of memory for a smartphones is widely discussed experts recently. One of the most obvious deficiencies of devices with Android system is the extremely limited amount of internal memory to install the software. Note that this does not concern the memory for storing user media data, because almost every modern device has for these purposes a slot for MicroSD format memory card. However, the lack of space to install new programs, including games, significantly reduces the attractiveness of this platform and the attention to it by software developers.
HTC Legend has 384 MB of RAM, which is somewhat more than that of Hero (288 MB), nevertheless it is somehow difficult to consider this volume as really great. 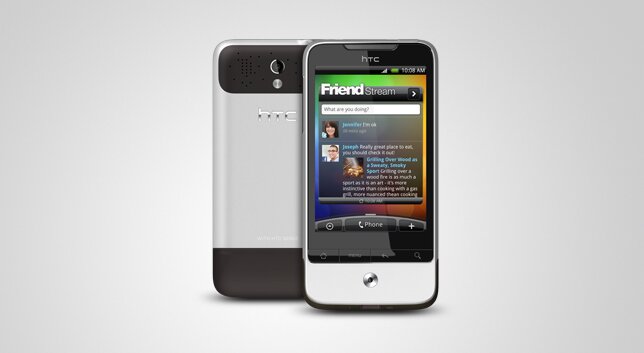 Battery
Interesting fact! The smartphone HTC Hero comes with a lithium-ion battery of 1350 mAh, while the full-capacity of regular HTC Legend battery is only 1300 mAh. Did the developers chose simplification concerning this issue? This is not the case.
Due to considerable economy, which ensures the use of AMOLED screen in HTC Legend, there is no need to use high-capacity battery. This, in its turn, has a positive effect on weight and size of the device.

Photos
Images made with the help of the HTC Hero, are not particularly of high quality. The matrix used differs with considerable time reaction, and in the pictures excessive graininess is very noticeable and there is much noise. One reason for the low quality of images is the absence of the outbreaks, consequently, the operation of camera is completely dependenting on the ambient lighting.
HTC Legend, in its turn, has a built-in LED flash that allows to expect better shots than the last.

Design
Hero Corps is made in two-color palette, and the user is free to choose various options for processing the device, including black, white, brown, gray and pink. The material used includes mainly plastic, but in the lower part of the smartphone are placed six function keys.
HTC Legend gives the impression of greater integrity, which is not surprising, because the device body is made from a single piece of aluminum. The smartphone is also made in two colors, including black and white and gray-white colors. Note that Legend is smaller, lighter and thinner than Hero, which is a great advantage for those who value well-thought  designs.

OS (operating system)
One of the most obvious deficiencies of Hero is its outdated operating system. And if other devices over the past year, one after another received the updated weaving, Hero at the moment, despite the promise of HTC to release an upgrade to version 1.6 or even 2.0, works based on Android 1.5.
Fortunately, it is known that Legend is released with Android version 2.1 on board, as well as finalized user interface Sense, which will now allow to switch between widgets of desks easily and quickly, desks, and will also contain a number of other improvements.
However, Legend will have this advantage for a short time, because updating of “Hero” to the version of Android 2.1 is already announced. 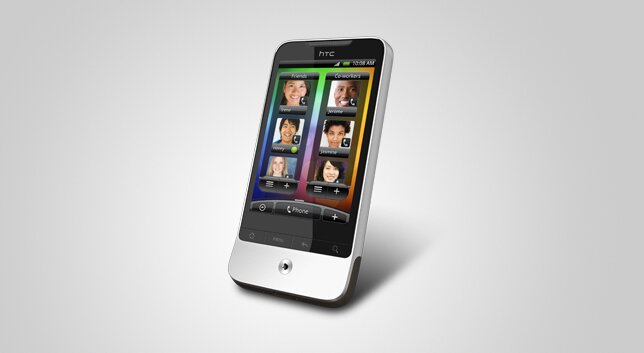 Conclusion
It is obvious that both smartphones have many similarities, but when observed closely, they cannot be considered to be the same at named to be by some critics. HTC Legend contains a lot of improvements as compared with one of the best smartphones of 2009. Definitely, Legend is the phone of the next generation.
One of the main issues today is the niche which, as HTC conceives, will be able to take their new smartphone, and how competitive its price will become against the background of more productive, but at the same time more expensive Motorola Droid / Milestone or Nexus One, and other smartphones as well, with which we shall still get acquainted with in 2010.

HTC Hero Pink Only for Ladies!