The HTC Jetstream is the first LTE-enabled tablet released in the U.S. This fact sounds very attractive as the tablet was launched via AT&T (not Verizon), which is activating its 4G LTE network (not in all states, but only in a couple of them — Chicago and Atlanta). Anyway, I think consumers would like to know for what they’re paying $700. This speed test gives all the answers. Be sure the device is worth its price. 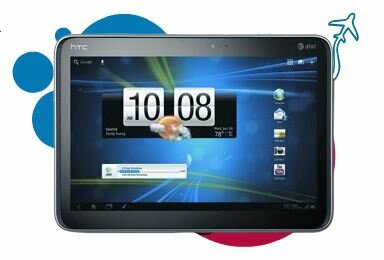 As you remember, the HTC Jetstream is the same HTC Puccini renamed for the carrier, and when it appeared with an AT&T branding, many geeks renounced it. Regardless all the awesome features this tablet comes with, the HTC Jetstream couldn’t find its own place under the Sun. Now it seems this test and the performance of AT&T’s 4G network will convince people this device is a worthy one.

So, without getting deep in its features (I guess you know them even better than me), let’s see what results the tablet showed. The test was held in Chicago and the HTC Jetstream showed off its power — 22Mbps for download and 6Mbps for upload. Nothing to add, watch the video to see how it clocked.

HTC Puccini to be Released via AT&T as HTC Jetstream