Not long ago we wrote that US Cellular was going to launch several good handsets, but now it came out that the carrier is not satisfied by those devices solely and will offer the HTC Hero S very soon. This is not a new handset, it’s the same HTC Kingdom that was known as the HTC EVO Design 4G, too. Anyway, that’s an achievement for the carrier that doesn’t want to remain in the shadow of the Fab four — Verizon, AT&T, Sprint and T-Mobile. 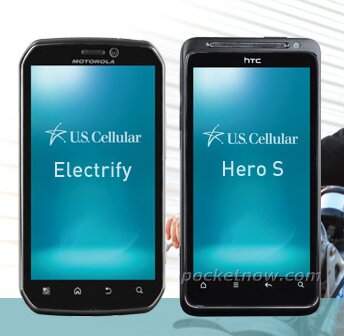 Being the same Kingdom which will be launched via Sprint, The HTC Hero S has almost the same features as the HTC Kingdom (they are the same device after all): first of all, it’s the 1.2GHz Qualcomm chipset, which is not dual-core. So the users must know this is not the most powerful smartphone in US Cellular’s lineup as there is also the Motorola Electrify, which is going to be the first dual-core processor of the carrier. However, the phone is equipped with a 4-inch touchscreen which provides high-class performance. The 5MP camera of the phone is able to shoot HD videos at 720p and the VGA camera on the front is enough good for video calls. The HTC Hero S runs Android 2.3.4, so its software is perfect.

The availability and pricing of the device are not known yet, but we are sure we’ll get more information in the coming weeks.

HTC Kingdom Coming to US Cellular As HTC Hero S?