HTC has announced that the GSM version of the HTC EVO 3D will be launched in Europe in July, 2011. Most likely, first of all the smartphone will appear in the UK – Vodafone has already said they’ll launch it very soon. 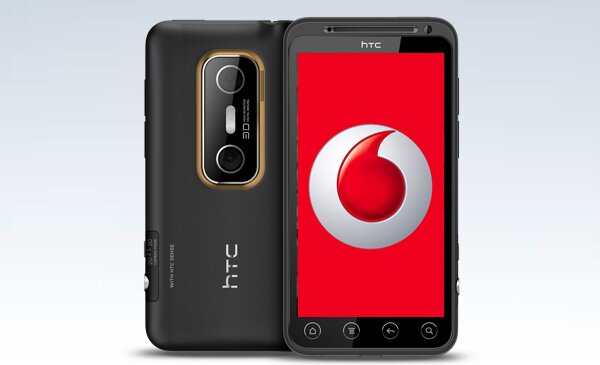 We guess the specs of the HTC EVO 3D haven’t changed: It has a 4.3-inch qHD parallax barrier 3D display, famous for showing glasses-free 3D imagery, a rear-facing 5MP camera that can record 1080p HD and 720p 3D videos, 1GB of internal memory and 1GB of RAM.

It runs Android Gingerbread and has the famous HTC Sense 3.0 UI (which, by the way, runs faster on the HTC EVO 3D than on the HTC Sensation). However, Vodafone has introduced a video with the HTC EVO 3D, showing the stock Gingerbread launcher instead of our beloved HTC Sense 3.0. We really hope it’s a mistake or some trick, and the smartphone will come to the UK with the famous UI.

Vodafone hasn’t announced the price of the HTC EVO 3D yet, but the carrier usually offers high-end HTC devices for free (with a two-year contract), and we hope they’ll do the same with this smartphone.

As for the release of the HTC EVO 3D in Germany and France, no news from the local carriers yet… No news to please those who’re waiting for HTC’s first 3D smartphone in Asia and Middle East, but we hope the smartphone will soon arrive there, too. After all, HTC always tries to release its smartphones in as many countries as possible.

HTC Flyer to be Launched in Europe on May 9