Though HTC is actively promoting its One line handsets, there are other series worth attention as well. It firstly refers to Desire line-up, which introduces HTC in the low/mid-end market. Traditionally, HTC Desire smartphones don’t boast of awesome features (with Desire and Desire HD being flagships of their times) but they are packed with decent specs and priced cheaply. At the moment, there are ten Desire line devices at which you should take a look and see if HTC has retained the distinguishing lineaments for those smartphones or there were revolutionary changes regarding their design and specs list.

As low-end smartphones, HTC Desire handsets are affordable almost for all consumers wishing to own a smartphone. The latest addition to the list is no exception. Looking at a myriad of HTC Desire X deals you understand that the price at which this low-end Android device is offered can’t be ignored or passed by. But to see if cheap Android phones deserve to be acquired or they should eventually be denied we should take a glance at their key features. 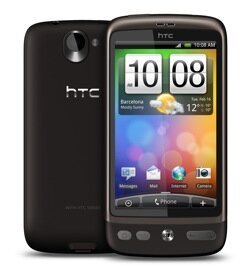 The phones are arranged based on their launch dates. In this regard, the HTC Desire comes first. The original Desire was launched in March, 2010. The phone appeared just like another HTC smartphone with three physical buttons at the bottom of a 3.7-inch WVGA AMOLED touchscreen. The rest of features include a 1GHz processor, 512MB of RAM, 4GB memory storage, microSD card support, a 5MP camera and Android 2.1 Éclair. It was later updated to Froyo, and recently there were talks claiming a Gingerbread ROM would be launched for the phone. The phone was mainly offered for free on contract giving a perfect chance to users to own an Android smartphone. It should be mentioned that selling a smartphone with a two-year contract was a rather smart step, which helped smartphones surpass PC sales within a rather short period.

The next model was the HTC Desire HD. At first sight, the changes were obvious but on the whole, the phone remained almost the same. The physical buttons were removed from the front panel but it was a dictation of trend, so we can’t say HTC did it. The HTC Desire HD was released in October, 2010 and made a buzz on the net because many features it came with were novelties in the smartphone market, especially in the low-end one. The manufacturer packed the phone with a larger 4.3-inch LCD touchscreen, a better 8MP camera, unusual 768MB RAM, an 8GB card included in the box and Android 2.2 upgradable to Gingerbread with no hope for ICS. Despite those enhancements, there were features that remained the same or had been weakened, like the 1GHz processor and smaller battery. During its life time the phone got many attractive accessories and updates, among them a docking station and HTC Sense 3.0, respectively.  I can’t say whether this phone was experimental or not but those who bought it were satisfied with the performance.

The HTC Desire Z was launched a month later with a 3.7-inch touchscreen, 512MB RAM, an 800MHz processor, Android 2.2 with Gingerbread plans and a 1300mAh battery. In all probability, the selling point of this handset was its sliding QWERTY keyboard, though now few people like physical keyboards.

The updated variant of the HTC Desire HD called Desire HD2 should be released before the end of 2010 but it was canceled. Nevertheless, it is very much likely the phone was just a rumor with HTC having no plans on such a device. Notably, its specs list was very attractive, and it would have all chances to succeed if launched. 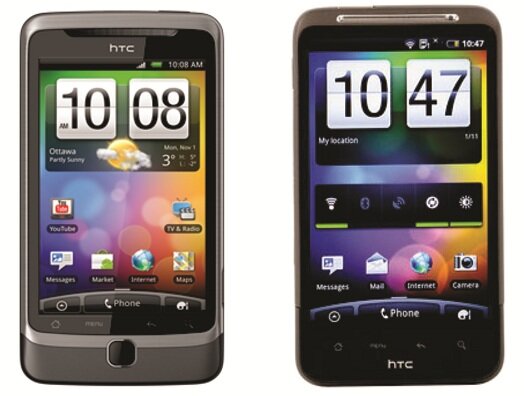 A year later the company launched the HTC Desire S, which didn’t boast of good features and only resembled the original phone. Among its key features, there were a 3.7-inch S-LCD display, 768MB of RAM, a 1GHz processor, a 5MP camera, a better 1450mAh battery, Gingerbread OS with ICS on mind, and more importantly, a VGA camera on the front.

The HTC Desire C was announced in May and launched in June. But disappointingly, this model came with a 3.5-inch HVGA screen, 512MB RAM, 4GB of built-in memory, a 5MP camera and a 600MHz processor, which is unacceptable today. The manufacturer launched this handset with ICS out of the box accompanied with HTC Sense 4.0 UI. Thus, the Desire C ran a software everyone had been waiting for, so this phone was released to meet the ICS demand in the market.

Then came the Desire V and its two siblings designed for other markets. The HTC Desire VT was designed for China and is already out. The other modified variant was the HTC Desire VC, which is launched in India but it might appear in other areas as well. The Desire V was launched with a better specs list, though it’s difficult to call it “better.” The HTC Desire V sports a 4-inch WVGA touchscreen, a 1GHz processor, 512MB of RAM, 4GB of internal memory, a 1650mAh battery and ICS with Sense 4.0.

Finally, we reached the HTC Desire X — the latest and best smartphone of this family. The HTC Desire X is equipped with a 4-inch Super LCD WVGA touchscreen, a dual-core processor clocked at 1GHz, a 5MP camera, 768MB of RAM, 4GB of internal memory, a 1650mAh battery and Android 4.0.4 ICS OS.

As you see the latter is packed with many awesome features but still there are other specs making us throw it into the category of low end devices. With all this said, one conclusion is drawn — HTC’s Desire family was, is and will be a low-end smartphone series.