For the first time HTC launched a smartphone not similar to its previous (and most upcoming) devices and looks like this decision is justified. The HTC Amaze 4G completely corresponds to its moniker and is able to amaze everyone by each of its features. Firstly, it refers to its design, which gives an additional charm to the handset and helps it stand out in the crowd of HTC smartphones. Secondly, it refers to the new technology its camera is packed with. And finally, we must note its housing, which is an ideal combination of metal and plastic. I guess you are already interested in the Amaze 4G, so let’s not play for time and get to work.

The HTC Amaze 4G is the exclusive offer from T-Mobile. Previously the handset was codenamed as the HTC Ruby. The main target of the handset is the powerful camera, which is ideal both for shots and video recordings. In this regard, the handset is the follow-up of the popular HTC Sensation 4G. The handset seems to be HTC’s reaction to the release of the Samsung Galaxy S II. And the result is simply amazing. Like the Galaxy S II the device works with HSPA + 42 radios and offers data transmission speed in T-Mobile network up to 20 Mbit/s (in average — 8 Mbit/s).

The HTC Amaze 4G is equipped with a 4.3-inch qHD Super LCD display with a resolution of 960×540 pixels, an 8 megapixel rear camera with a dual LED-flash and a 2 megapixel front-facing camera for video calls. The dimensions of the HTC Amaze 4G are 130×65.6×11.8 mm. 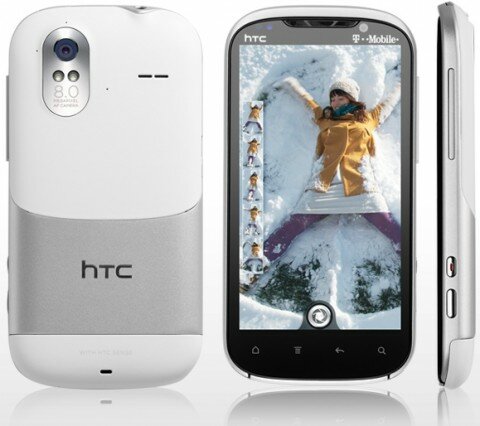 All this works on a dual-core 1.5 GHz processor Qualcomm Snapdragon, 1GB of RAM and 16GB of internal memory. The device supports microSD cards for the memory expansion up to 32 GB. As for other features, it comes with Bluetooth 3.0, Wi-Fi 802.11 a/b/g/n, DLNA, Wi-Fi hotspot and a standard Li-Ion 1730mAh battery providing up to 6 hours of talk time.

HTC is well known for its build quality for smartphones, and this case is not an exception. The HTC Amaze 4G is a sturdy smartphone, which sits nicely in your hand. Compared to the incredible Galaxy S II it’s a bit heavy but still not that large to cause discomfort. The rear cover is matte and soft to the touch, at the top and at the bottom it has metal inserts similar to the HTC Sensation 4G. 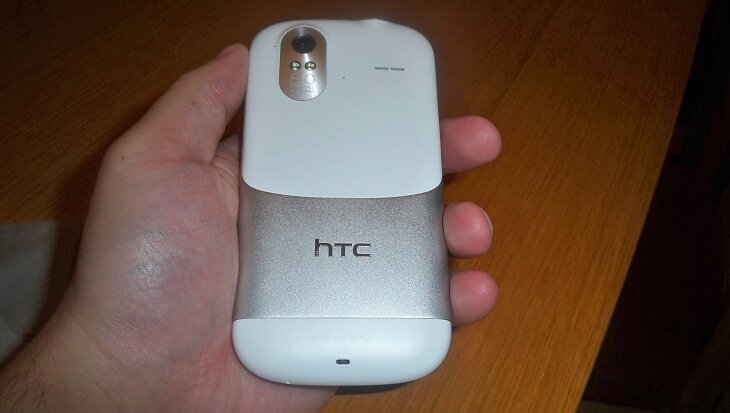 A single look at the Amaze 4G is enough to understand it’s an amazing HTC device. The manufacturer has softened its design, added rounded corners and a two-color battery compartment. All this reminds us of devices like the HTC Sensation and the HTC Desire.

In contrast to the latest models of HTC, this handset comes in two color options and correspondingly two different materials: plastic and metal. The combination of black and silver looks pretty amazing. The plastic is not glossy, which means the fingerprints are less visible. The metal part turns out to have slightly sharp edges, just like the Macbook, causing an uncomfortable feeling while holding the phone. 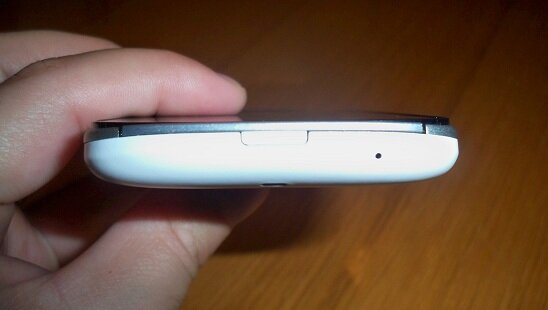 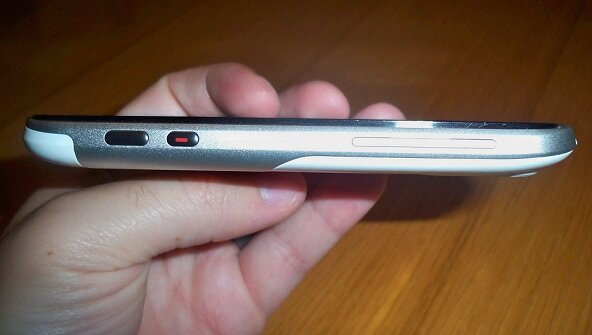 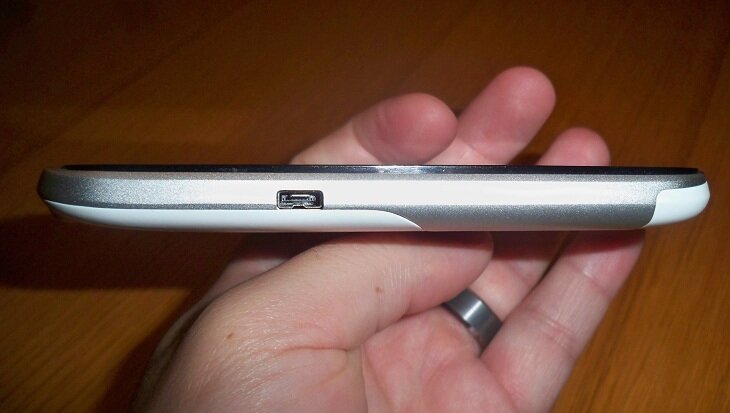 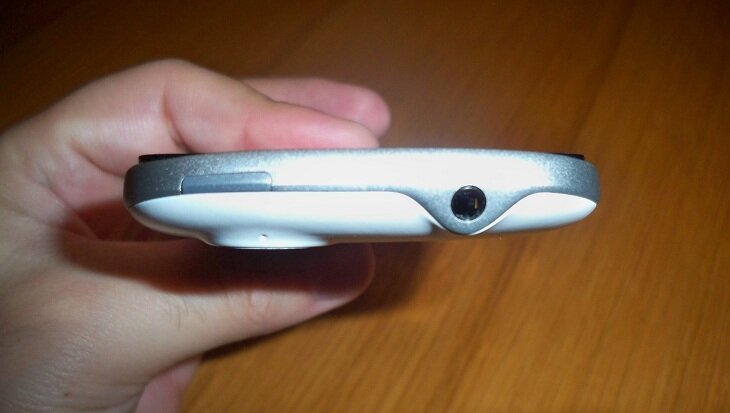 At the top of the left side of the smartphone we have the MicroUSB port designed for charging and syncing. The upper part of the right end is occupied with the volume button. Just below it you will find the power and 2 camera buttons. On the right corner we have lock on/off keys and the standard headphone jack.

The HTC Amaze 4G comes with a 4.3 inch Super LCD display. This option of the display is way better than the display of the HTC EVO lineup devices. The screen looks great under direct sunlight. It covers almost the entire front panel of the device. Below the display we have 4 Android control keys, including Back, Home, Search and Menu.

If you think HTC Vivid’s display, which is 4.5 inches, is better, then I should remind you the HTC Vivid’s larger resolution causes problems with the clearness of the photos. 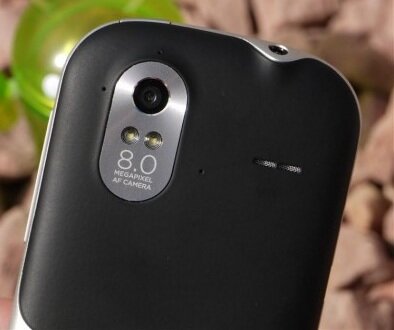 It shoots awesome photos even in low light conditions. The SmartShot feature gives you a chance to take 5 simultaneous shots and then choose the one you consider the best. Another cool feature of ClearShot HDR allows to shoot pics in low contrast. The camera also features Dual Flash and Autofocus.

Previously HTC handsets had the same buttons for videos and photos. Things are different with the HTC Amaze 4G. The device has separate buttons allowing to have quick shift between the actions of video recording and photo shooting. The device comes with the opportunity of recording 1080p HD videos. 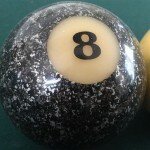 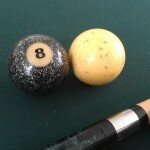 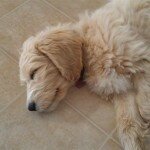 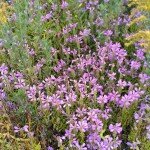 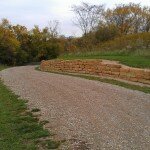 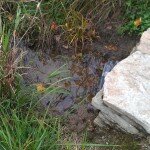 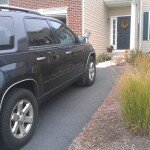 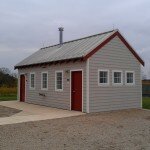 The handset comes with the Android 2.3.4 OS along with HTC Sense 3.0, which is rather disappointing as the latest devices support HTC Sense 3.5. This version of the UI allows to get support for the most popular HTC brand features like the HTC Watch, which is already available for WP handsets. Still even the 3.0 version of UI is pretty good in functionality and works without any bugs. 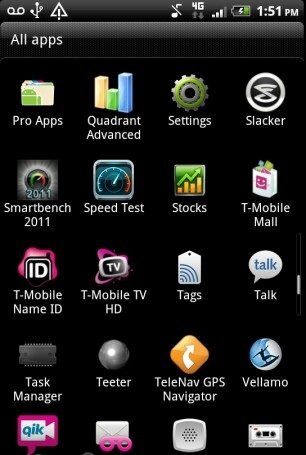 To deal with this drawback T-Mobile decided to offer some of the v.3.5 typical features including HTC Hub, Music and a few more. The carrier also decided to have some of its own features coming with the Amaze 4G including Lookout, More for Me, T-Mobile My Account, My Device, Polaris Office, T-Mobile Mail & TV, TeleNav Navigator and Zinio Reader.

The smartphone is announced to come without NFC tag support, but some users claim to have a support for this feature. We still haven’t investigated this feature.

The HTC Amaze 4G is a very good smartphone for T-Mobile, and for all HTC customers. The main highlights of the device are the gorgeous picture quality and the very good hardware performance. The beautiful design, the powerful dual-core processor and the latest version Android 2.3 Gingerbread are there to fulfill the list of high end specs of the device. Overall the handset is pretty good for purchase coming at the price of $260 with a two-year contract with the carrier.