Posted by Morti on November 5, 2012 in Carriers, Windows Phone · 0 Comments

The HTC 8X is at your doorsteps, and if you have decided to switch to (no, not to Lumia) Windows Phone, then this device will be a perfect choice for you. More gladsome news follows; if this smartphone is in your wish list — the leaked Verizon doc shows it will come with wireless charging support. Happy? Read on to find more.

We earlier informed the phone might come with such functionality but we had no proof for it. Now Big Red’s documentation confirms the HTC Windows Phone 8X can be charged wirelessly, though the corresponding pad will be sold separately at an unknown price. But if Verizon decides to put it into the box, they’ll benefit more, because the Lumia 920 is rumored to be out with a wireless charging pad. 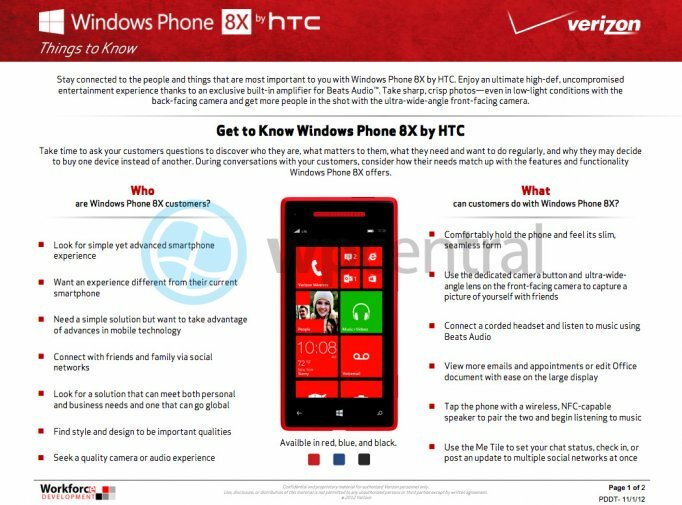 Well, we’ll find out whether this is true or not but the price tag seems to remain unchanged — Verizon will be selling the HTC 8X for $199.99 with a two-year contract.