We have heard rumors that a fake HTC HD7 hit the Chinese market not so long ago. And it’s not just fake, it’s double fake – with a fake Windows Phone 7 running on it! 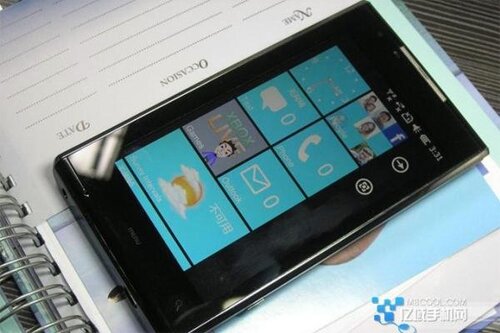 The clone has a resolution of 480×800 pixels and has a multi-touch support.

The fake HTC HD7 also has a 1 GHz Snapdragon processor, 256MB of RAM, 512MB of ROM, Bluetooth, Wi-Fi and a GPS receiver. It also has 16GB of internal storage and two microSD slots to expand the memory to 32GB. As for the cameras, there are two of them – a 5 megapixel rear camera with auto-focus and a 1.3 megapixel front camera for video calling. No opportunity to record 720HD video, however.

Like most Chinese phones, this one also supports the Dual-SIM function.

We can only add that the fake HTC HD7 runs Windows Mobile 6.5, which visually looks like Windows Phone 7.

Not bad for a fake phone, is it? The exact price of this phone is yet unknown, but we guess it’s not really expensive — much cheaper than the original HTC HD7. But don’t forget that it’s not as cool as the original one, too.

Windows Phone 7 and Maemo on HTC HD2 were Fake