Finally the HTC Sensation, which is already available in Europe, will get a new software update. The update is expected to fix some of the bugs concerning the security. The manufacturer itself promised that the security of the device will no longer be vulnerable with the new update . 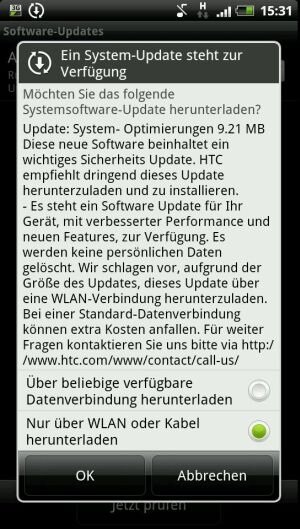 The bug was found in the beginning of this month. The problem is that any application requiring internet connection can gain access to sensitive data.  The hacking of the info was being done with Htc.Loggers.apk. And finally we have a feedback from the manufacturer itself mentioning, that they are familiar with the problem and are doing their best to offer an early update to solve the problem.

The new update takes around 9MB from your memory. The description of it contains only general information, such as “performance improvements and new features,” while the details of the update remain unknown. The only thing that makes us believe this is the exact update is the following — it’s the first update after the official announcement from the manufacturer.

The OTA update is already available for some of the devices, so let’s wait until we get feedback from the HTC Sensation users.

HTC Arrive to Get Security Update on May 24