Telstra is one of the favorite mobile carriers of Australians. We are accustomed to hearing news about known European and US carriers, but Telstra is one company, which though located physically far away from the mentioned giants, is following carefully the development in the European continent and the US. Telstra seems to have no information gaps as to the competition between leading smartphone manufacturers and consequently mobile carriers offering the devices the manufacturers make. 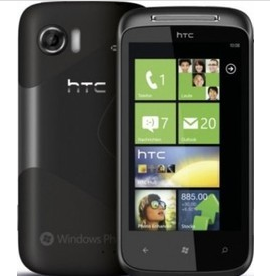 It was interesting to hear what one of Telstra’s top officials David Powell said about the competition at a Microsoft Conference dedicated to Windows Phone OS. He said, “We would like a strong Microsoft and a strong Apple. We actually want these guys to compete and we want Microsoft to be strong. It keeps Apple on its toes. They compete, they innovate and the customers get better experience.” These are very valuable thoughts actually, for indeed it is to the benefit of the mobile fans to have the leading companies compete and innovate.

Telstra is not only commenting though on developments, but also responds to the wishes of its customers. One example of that is they recently made tethering possible on the HTC Mozart, which was promised by Telstra at that very conference.  Well done Telstra.

Previous Post Android Ice Cream Sandwich on HTC Desire Next Post Is This The End of HTC Flyer?
Recommended for you